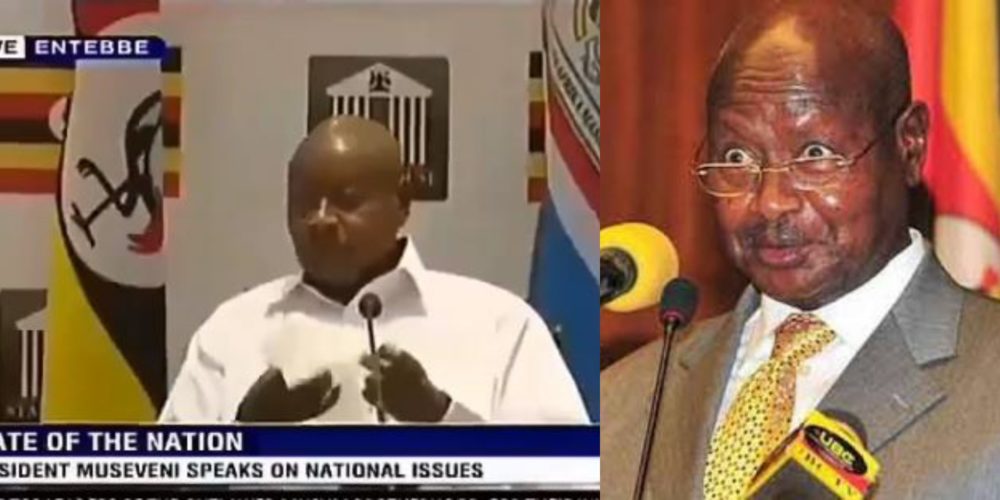 A video of Uganda’s President, Yoweri Museveni doing disgusting acts like spitting and blowing his nose on live TV, has gone viral on social media platforms. 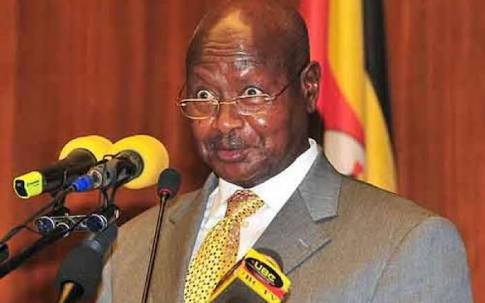 President Yoweri Museveni was addressing national issues on Live TV while doing the disgusting acts, which include spitting and blowing his nose. 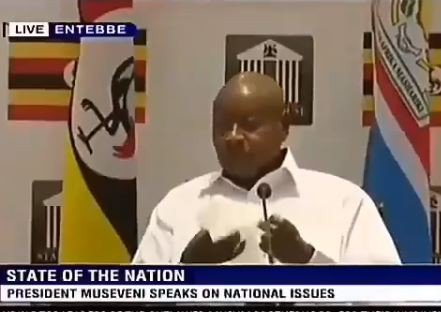 Here is the video below;

The Ugandan President was in the news few months ago, after he blamed ‘outsiders’ for trying to convince Ugandans to perform oral sex on one another – and said he was issuing a public ‘warning’ about it.

‘Let me take this opportunity to warn our people publicly about the wrong practices indulged in and promoted by some of the outsiders.

‘One of them is what they call oral sex. The mouth is for eating, not for sex.

‘We know the address of sex, we know where sex is.’

Museveni signed the Anti-Homosexuality Act in 2014, making it illegal to be gay in Uganda. Ugandans risk life imprisonment if they are found to be having regular gay sex. The act also made it a criminal offence not to report someone for being gay. In 2014, after introducing the law, Museveni said oral sex could cause worms.

‘You push the mouth there, you can come back with worms and they enter your stomach because that is a wrong address,’ he said.

In January he said he regretted his decision to halt the Country’s practice of executing Criminals.