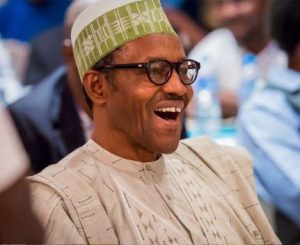 The opposition Peoples Democratic Party (PDP) says its totally rejects the move by president Muhammadu Buhari to place 50 prominent Nigerians on a watchlist.

According to presidency, the move as part of steps to enforce the newly signed executive order six by the President.

However, the PDP says he will not accept the move, as they are sure it was targeted at members of the opposition party.

In a statement signed by the party on Saturday, it said the ‘decree’ is against the constitutional rights of the people and the principles of democracy.

President Muhammadu Buhari Travel Ban on 50 Nigerians: We reject in its entirety, attempt by the failed Buhari Presidency to foist a full-blown fascism on our country, beginning with the placement of illegal travel restrictions on Nigerians.

This “decree” is a direct clampdown on our democratic order and an overthrow of rights of our citizenry as guaranteed by the 1999 Constitution (as amended).

This is another ploy by the failed and discredited Buhari led All Progressives Congress (APC) government to harm certain eminent Nigerians on the claims of resisting travel restrictions.

We understand that the failed Buhari Presidency has gone into panic mode since the popular emergence of Abubakar Atiku as Peoples Democratic Party (PDP) Presidential candidate, but the resort to total clamp down on the opposition and our supporters will be totally resisted.

The world can now see how fascism is fast taking over our democracy and judicial system and how the Buhari administration, by fiat, has directly ordered that citizens be secretly trailed, movements and financial transactions restricted without recourse to due process of the law.