After being called out by BBN’s Deeone over ticket debt allegation, the management of online store, Payporte, and it’s CEO, Bassey Eyo, has come out to address the trending accusation. 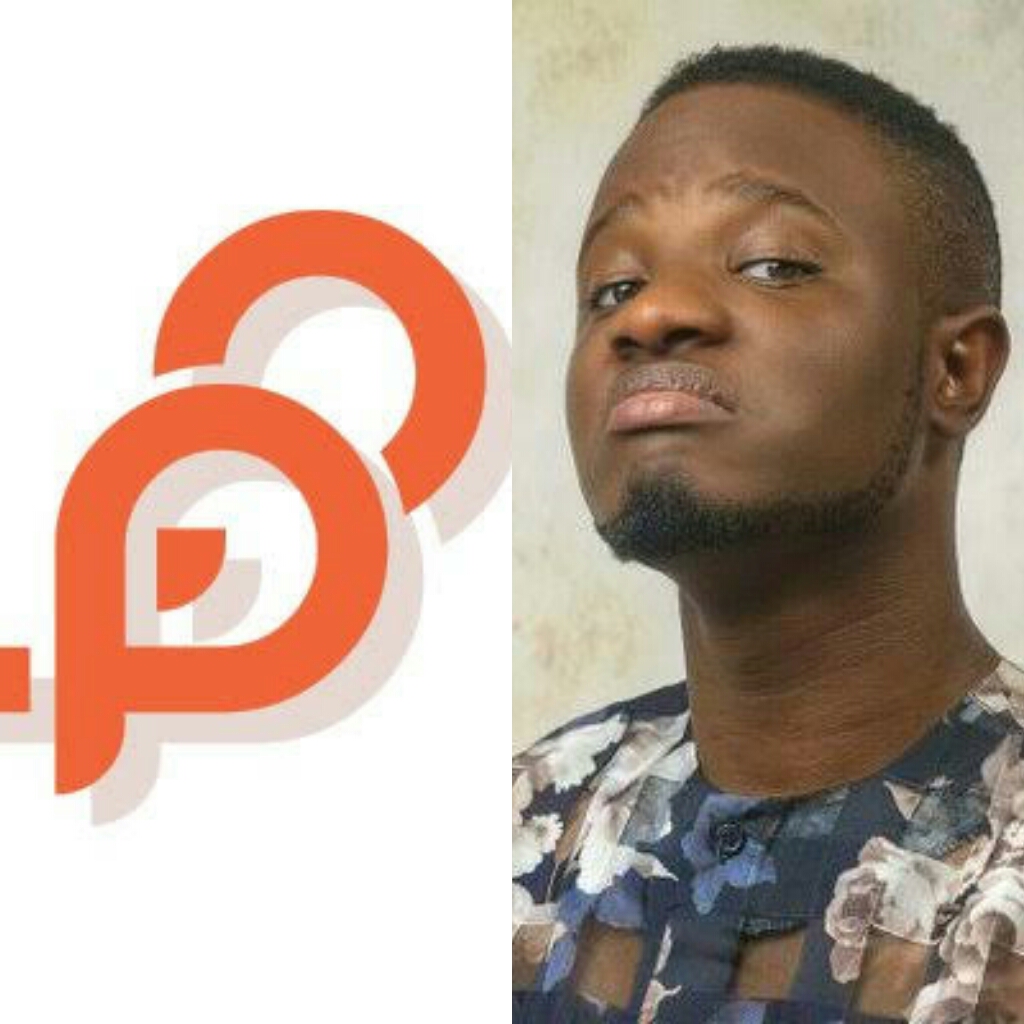 The company in a statement said it was untrue that they owned the Ex-reality TV star 500, 000 Naira, being the value for VVIP tickets at the event which happened in July.

The company further emphasised that its CEO does not have a business relationship with the aggrieved comedian and that they thought the tickets were gifts because they were lead sponsors for the reality show that brought DeeOne to the limelight.

DeeOne on his part said he has made several calls to Mr Eyo in a bid to resolving the matter but his calls nor messages were returned. 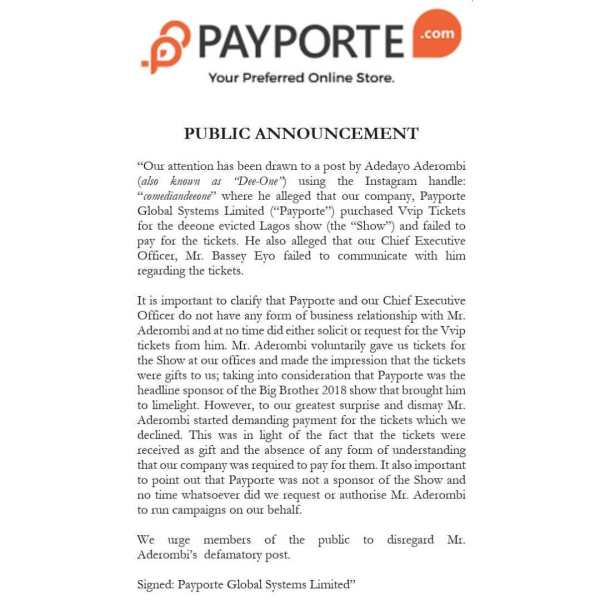