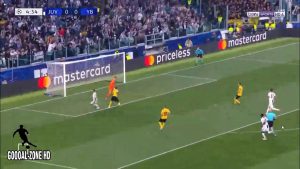 Juventus Champions League campaign seems to be going on well even without their Superstar summer signing, Cristiano Ronaldo, who they revealed they signed so as to get the Champions league trophy that has been eluding then for several seasons.

The Portuguese International was sent off in their opening match of the Champions league campaign against Valencia. They went on to win the match by two unreplied goals and Ronaldo is also expected to return against Manchester United after his ban was reduced to just one match.

They raced into a goal lead just five minutes into their match against Young boys after Leonardo Bonucci’s inch perfect diagonal pass to Argentina International, Paulo Dybala, was expertly volleyed beyond the reach of the helpless goalkeeper.

What an assist from Bonucci pic.twitter.com/WZhB0z1Cdu