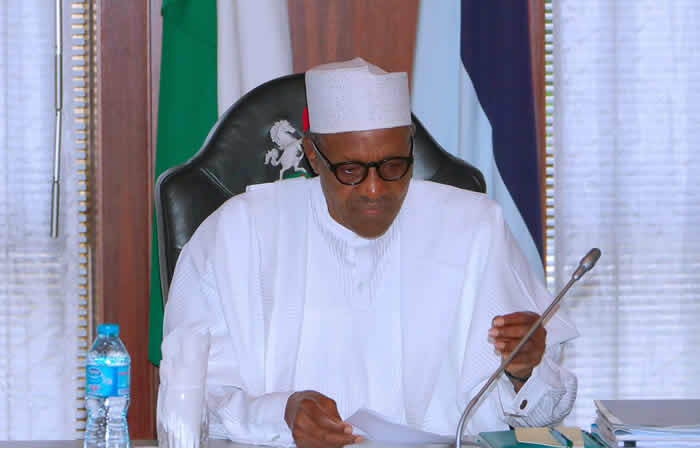 The presidency has said that President Muhammadu Buhari on Saturday ordered a travel ban on 50 high-profile Nigerians to stop them from selling off assets acquired with stolen funds, PREMIUM TIMES reports.
The individuals, whose identities were not disclosed were banned from travelling abroad.
Those banned include those whose assets, valued at N50million and above, are subject of corruption investigation and litigation.
His spokesperson, Garba Shehu, in an email response to questions by state house correspondents on Sunday said “the very essence of the order is to make for speedy trials and conclusion of graft cases”.
Mr Shehu said the order, known as Executive Order 6, is the first of its kind in Nigeria in the fight against corruption.
Nigeria’s major opposition party, the PDP and its presidential candidate for the 2019 election, Atiku Abubakar have both described the order as a “return to fascism” and a repeat of “evil Decree 2”.
Mr Buhari as Head of State in 1984 promulgated Decree 2, which allows for indefinite, incommunicado detention of Nigerian citizens.
However, Mr Shehu said the government simply drew up the list of 50 Nigerians from ongoing corruption cases.
He said the order is not political and that “there is no political gain behind its activation.”
“These high profile cases we are talking about have been ongoing for between 7 to 10 years with no end in sight. These case were mostly originated by administrations other than this one.
“What is clear is that the access to these resources by the suspects has enabled them to be in a position to sometime compromise investigation, prosecution and trial.
“In most of the cases, the courts are held in a helpless position by legal acrobatics paid for from corrupt enrichment by the suspects,” he said.
Mr Shehu said the new measures put in place would now compel everyone involved to make for a speedy conclusion of these cases.
“If it is your money, you have it back. If it belongs to the public, it goes back to the treasury,” he said.
The presidential aide also said the question of the constitutionality of the restriction order is already answered by a court of the land which has given the government a clean sheet.
“The Executive Order is legal and constitutional and therefore implementable.
“One of the cardinal objectives of the government under our constitution is to fight corruption. Fighting corruption is a responsibility and obligation upon the government,” he said.
Mr Shehu also denied reports of the release of the list.
“I want to confirm to you that we have not issued any list and we are not doing so.
These cases are well known and to say this or that name is on it, will open the door to further accusations, including trial by media.
“The Immìgration Service and other security agencies have the mandate of the President to carry out enforcement and they will do so, giving due respects to individual rights, in line with the constitution,” Mr Shehu said.