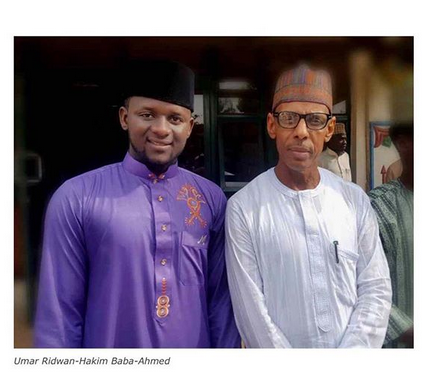 Umar Ridwan, a presenter of Youth and ‘Gari ya waye’ programs at Kaduna based broadcast medium, DITV-Alheri Radio, owned by an ex ally of Pres Buhari, Hakim Baba-Ahmed, has been sacked for posting pro-Buhari comments on Facebook. .
.
According to DailyNigerian, Mr Baba-Ahmed was co-agent to President Buhari during the 2015 elections before defecting from APC to PDP. .
.
He is now the Chief of Staff to the Senate President Bukola Saraki, another arch-rival of Mr Buhari. .
.
It was gathered that Ridwan was sacked because of a post he made on his Facebook page concerning the activities of President Buhari.
.
.
In the letter dated October 15, the organisation terminated Mr Ridwan’s appointment without stating clearly the offence(s) he had committed.
.
.
However, Mr Ridwan pointed out that his sacking might not be unconnected with his Facebook post concerning the activities of President Buhari, which allegedly angered the proprietor. .
.
According to him, the station had earlier given him 2weeks suspension for posting political matters on his personal social media pages. .
.
“After some consultations with industrial law experts, I discovered that the station has no right whatsoever to interfere with my personal activities, as long as it does not affect my duty as a presenter. .
.
So, on my resumption from the suspension, I shared a Tweet on the defunct Nigerian Airways pensioners’ fund release, posted by the Minister of Finance Zainab Ahmed, the management apparently got angry and decided to fire me.”