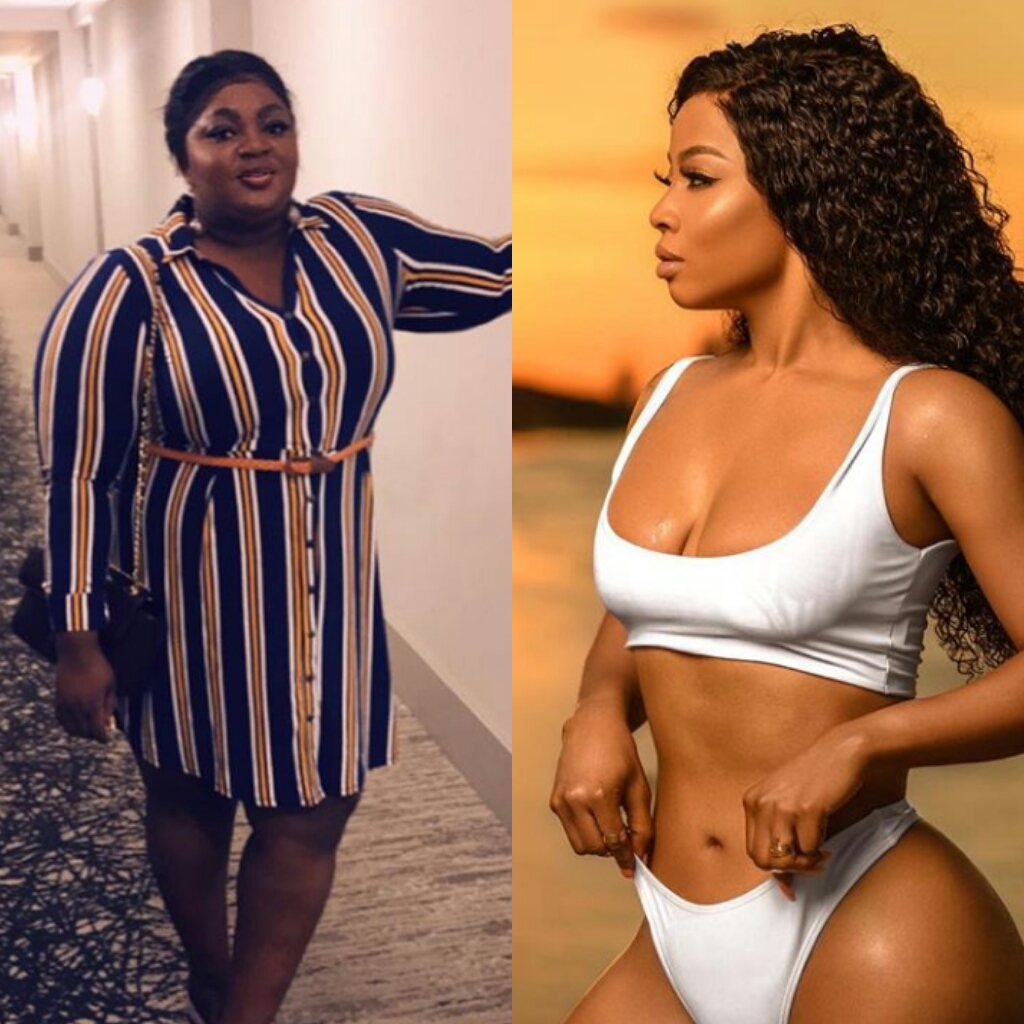 The actress took to her IG to comment on a post made by blogger, Tunde Ednut where he was seen shading Toke saying she was looking for a way to break the internet with her sultry photos but failed.

In a bid to reply the comment, Badmus dropped her comment and ended it with a laughing emoji and the IG user then bashed her for such a comment. 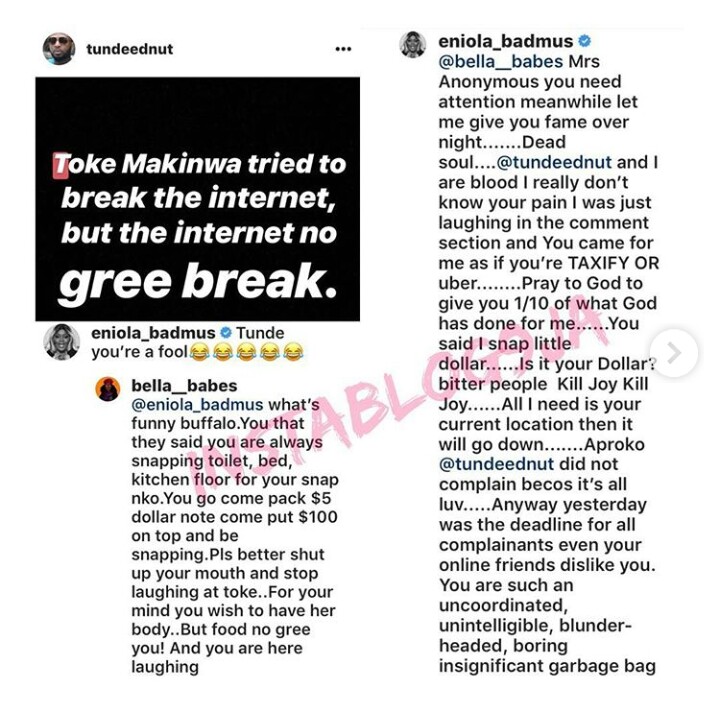