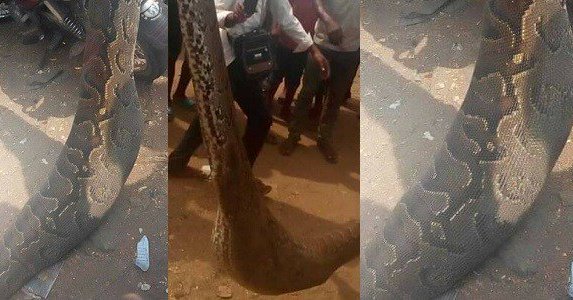 An angry Nigerian man shot dead a snake that killed and swallowed his dog in Anambra state this morning November 28th.

The snake crawled into his compound in the dead of the night, attacked the dog and killed it and then went on to swallow it.

The owner of the dog woke up this morning to find that the snake had swallowed his dog and in anger, he went into his house, took his gun and shot the snake dead.