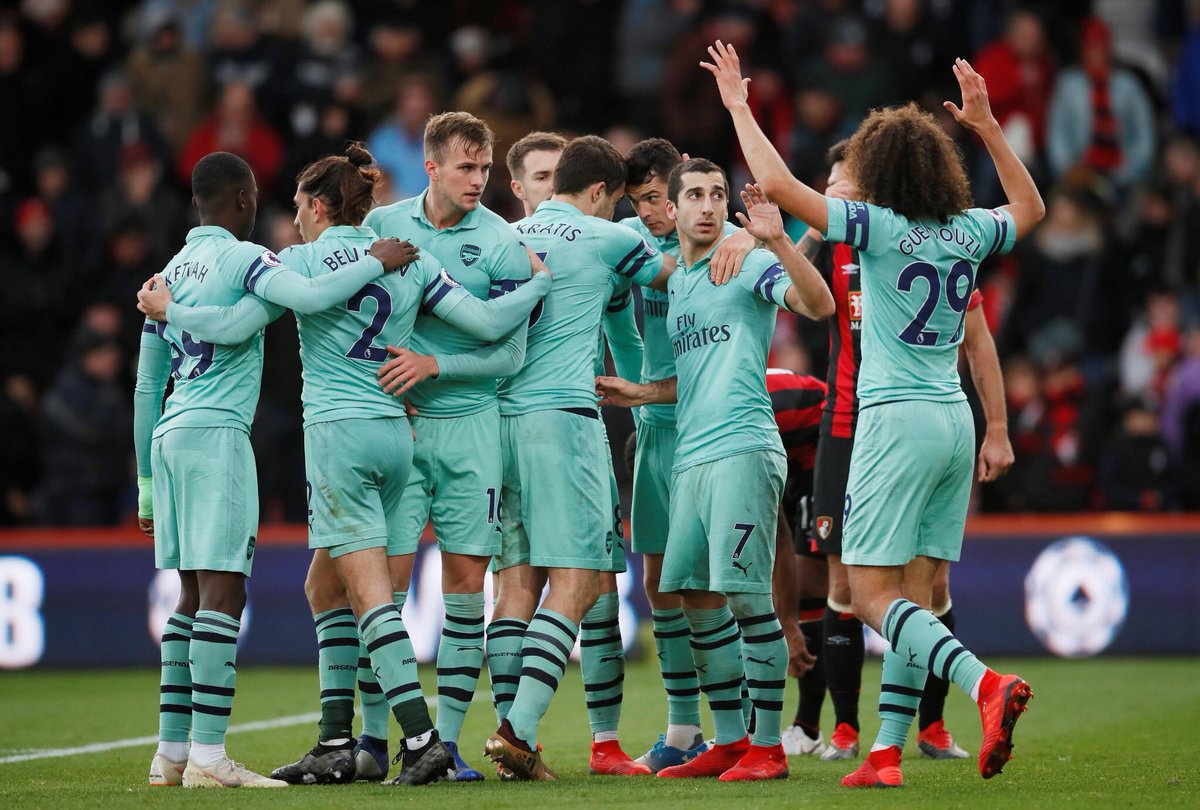 Arsenal moved within three points of Tottenham after their hard fought victory against Bournemouth at the Dean court  yesterday during their domestic league meeting. The match corresponding to match day 13 in the current campaign saw the Gunners take their first lead in the first half and were thought to be heading for their first halftime win of the season until the Cherries equalised just before the half time break.

The Gunners goalkeeper, Leno Bernd, ensured that Arsenal made it 4 away wins out of 6 away matches to equal their entire away win for the whole of last season, 4 out of 19, by making so many World class saves to deny the oppositions, during the clash.

The shot stopper who has been representing Arsenal in between the stick ahead of Peter Cech then as a result of his heroic during the match took to his twitter handle to indicate that they would fight to win the London derby match against Tottenham which comes up next weekend.

Well deserved three points in Bournemouth 💪🏽. Next game against Tottenham we will fight to win the derby 😃👌@Arsenal pic.twitter.com/Zu1QbSBp6x