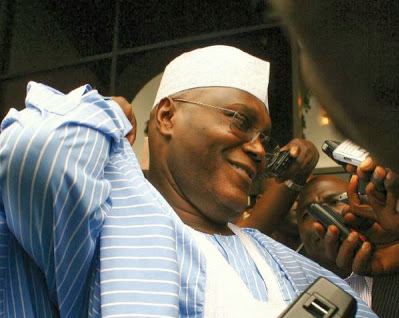 The Atiku Abubakar Presidential Campaign Organisation has offered the spokesman of the Muhammadu Buhari campaign team a free two-week crash course on how to run an “issue-based campaign that is guided by civility and refined language”, SaharaReporters reports.

A statement issued by Atiku’s team on Wednesday said the offer was in the light of conflicting statements by the President’s campaign office.

“Just last week, our attention was drawn to a statement by the All Progressives Congress falsely accusing the Presidential candidate of the Peoples Democratic Party of attempting to smuggle in large sums of money into the nation for the purpose of funding his campaign,” read the statement.

“In the said statement from November 5, 2018, the APC called for security agents to be on the watch to prevent the imaginary ‘illicit cash’ from entering Nigeria. Thus, we are surprised that the same APC which made that false allegation has made a 180-degree turn by releasing a new statement contradicting their earlier statement and alleging that the former Vice President is broke.

“In their statement, they contend that ‘Atiku Abubakar is at a crossroads on how to source funds for the 2019 electioneering campaign’. Our response is to urge the APC to make up its mind on which lie it wants to tell the Nigerian people and then stick to that lie. As a party in power, there ought to be more stability in the APC at least to give the public and the international community some assurance that the party is not imploding. No wonder there is a lot of policy flip flop under the APC administration!

“We know that the APC is desperate to distract attention from the recent indictment of Vice President Osinbajo by the House of Representatives for Grand corruption and the interrogation of their chairman, Adams Oshiomhole, by the Department of State Security on charges of collecting huge bribes to influence party primaries. Given the sordid state of things in the APC and its imminent implosion over money politics, we are not surprised that the APC is throwing wild allegations at former Vice President Atiku Abubakar in the hope that something will stick.

“Our advice to the APC is that they should send their spokesman to the Atiku Presidential Campaign Organisation for a two weeks crash course on how to run an issue-based campaign that is guided by civility and refined language.

“While the APC is throwing about baseless accusations, our candidate, Atiku Abubakar, is set to launch tangible policies that will Get Nigeria Working Again in the next week. Our campaign is focused on addressing the concerns and the welfare of Nigerians by Atikulating plans to move Nigerians out of poverty. It is obvious that the APC is badly in need of such tutoring. We also sympathize with Chairman Oshiomhole on his ordeal and assure him that if he is finding the APC too hot for him, he may want to throw in the towel and join the large number of APC chieftains who have washed their hands off the party and its hydra-headed problems.”