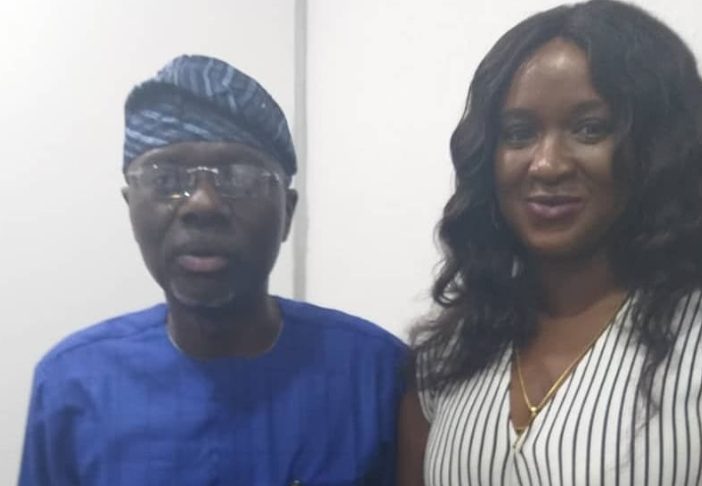 Before Babajide Sanwo-Olu, for 19 years, the status quo had remained the same in Lagos. Win a first term, do some pretty transformative work and win an easy second term, but for the first time we heard a new name and beheld posters of a new candidate cropping up around Lagos.  Is this a case of the Party of Change changing someone that wasn’t delivering on his promises?

Is this the new anointed one? Who is he? Why should we look at him? Will he be forced on us? I had my opinions. I mean, if you were in Lagos and you had not been living under a rock over the last one month, you’d probably have your own opinions too. The entire drama had played out in front of us all. The crux of it was when his opponent in the party primary election, the incumbent governor, Mr. Akinwunmi Ambode had called a press conference to cast aspersions on his mental state and accuse him of past criminal misdeeds.

That had piqued my interest. This was worth looking into. If the man that wanted to be my next governor had a case of spending fake currency then I needed to know about it. I didn’t take those alleged accusations lightly. I think a lot of people did not take them lightly. They came from the lips of the governor but at the same time I have never believed an incumbent deserved a second term just because he is an incumbent. If you are doing a good job and the people you are serving can feel the impact, then yes, maybe a second term is in the offing but if the general populace is not happy, then you surely can not expect a second term. This is not a “Buy One Get One Free” scheme we are doing here. You have to work really hard to deserve that second term.

So with all these in mind, the press conference was watched with a pinch of salt but was my curiosity piqued? It definitely was. I wanted to meet the man and ask him these questions face to face.  “Ngbo sir, they say you were spending fake dollars in America? How come?” “And while we’re on that, what mental illness is it that they say you suffer from?”. These were the firsts of many questions that I wanted to ask Mr. Babajide Sanwo-Olu.

I did a couple of posts to my thousands of followers on social media. I followed the primaries for the two leading parties in the state and when both candidates were announced, I put out a post about my interest in moderating a governorship debate between both candidates.

Mr. Jimi Agbaje, the candidate of the PDP to me is like a leap year, he disappears and pops up every 4 years. Babajide Sanwo-Olu to me, though a three-time Commissioner and Special Adviser in Lagos for more than 10 years, still didn’t evoke much statewide recognition, so I set out to find out more about him.

First I googled his public profile. 53 years old Babajide Sanwo-Olu, spent 16 years in the public sector and 11 in the private sector. Educated at University of Lagos, Lagos Business School, Kennedy School of Government, London Business School, his educational qualifications, public and private sector achievements made him an interesting candidate. He was a three-time commissioner in the state ( Commissioner of Budget and Economic Planning, Commissioner for Commerce and Industry,Commissioner for Establishments, Training and Pensions), had done a lot of work on improving the state’s Internally Generated Revenue (IGR), had led the publication of the Lagos State Economic Empowerment and Development Strategy (LASEEDS) and set up of the Lagos State Security Trust Fund.

An opportunity for a meeting finally came up. I was prepared for him to come late because you know how these politicians do. Keep people waiting because they have to attend to every issue under the sun.

Waiting for a politician can be quite a tedious affair, my experience in the past had left a sour taste in my mouth so I was pleasantly surprised when he was on time. This might seem like a small deal but African timing has never been alluring to me and the penchant Nigerians have for keeping people waiting is a pet peeve. I was glad that we were setting off on the right path.

He came into the room wearing a simple blue native attire. If you hadn’t seen his picture before and hadn’t met him prior, you might be forgiven for thinking he was one of the many people slated to attend the meeting. There were no airs around him. He came in, introduced himself and took a seat. I kept looking at him. I didn’t know what I was expecting to see but it wasn’t this man that looked simple and unassuming. He looked liked he could be your uncle. He wasn’t brash. He waited for a person to finish speaking before he responded. He didn’t interrupt. He wasn’t condescending with his answers to the questions being asked. All through these, I kept looking at his eyes and I could have sworn I saw the gears in his brain turning while he was answering questions. He looked like one of those people we used to call ‘efiko’ in my high school. Ah! This one is smart oh! I thought, but we can’t deny that the questions might have been scripted and he had prepared. Well, you can’t fake smarts for too long and I was confident that if the session was scripted and put on, I would see a crack before it was over.

During a period when everyone seemed relatively relaxed, someone had cracked a joke earlier and while the laughter was still wafting around the room, I asked him why the incumbent governor, his opponent during the election and a member of the same political party he belonged to, had made those accusations against him.

For the first time, I saw something other than warmth, intelligence, wit and smarts behind his eyes. I saw hurt. I wasn’t sure. Was the hurt because of the question, or because of the person that had leveled the accusations against him? I didn’t know but I wanted to find out.

Truthfully speaking, after Fashola, I didn’t know how much I had missed having a well-spoken orator as a governor. I know people will say “Ehen? He can speak English well and so? How does that translate to governance?” I don’t know but I daresay a governor that can express himself confidently and explain issues in a concise and deliberate manner is a delight to listen to any day and yes, Lagos has missed that. Ok, fine, I have missed that if we’re being pedantic.

Babajide Sanwo-Olu explained these allegations clearly. He doesn’t have a criminal record. Home or abroad. He doesn’t have issues with any authority in the United States. He put it on record that he had traveled out to this same America where he supposedly has criminal charges against his person four times this year alone.

Just like that? Allegations explained away just like that. It was anti-climatic, I won’t lie to you. With the way the incumbent governor had called a press conference, a World press conference for that matter, mind you, just to level these accusations then to have them explained away without any pomp, fanfare or attendant drama was weird. I was expecting to hear stories of cover ups, blackmail etcetera etcetera or maybe just a little mudslinging back at his accuser but no, none of that.

Babajide Sanwo-Olu did a very good job of explaining these accusations that came his way before he even got the party ticket to contest as the candidate in the general elections. His answers were clean, clear and precise. It also spoke to his simplicity. Simple answers to clear up the spurious allegations leveled against him. I liked it.

For an introduction to the person who would be the next governor of the Centre of Excellence, this was a pretty good one.