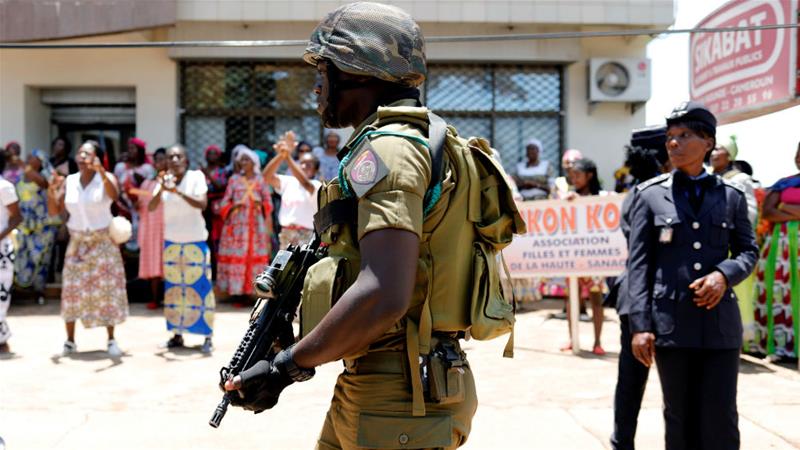 Cameroon soldiers have killed at least 30 separatists in two days of intense fighting in the turbulent English-speaking region, a military spokesman has said.

In a separate incident, the mayor of Nwa, a local council in the same region, was killed by suspected separatists, Emmanuel Bunyui, mayor of the nearby town of Ndu, told the Associated Press.

“When we hoist the Cameroon flag in the council premises, we are targeted by the armed men who insist that we should instead display their blue and white flag,” Bunyui said.

Recently, 79 students and three staff were kidnapped from a school by suspected separatists, and later released.

Anglophones account for about one-fifth of Cameroon’s 25 million population.

The conflict has killed more than 400 people since last year and has emerged as President Paul Biya’s greatest security problem in his nearly four decades of rule.

The two sides often provide conflicting accounts of the fighting, but both have reported heavier casualties in recent weeks.

The army has burned villages and killed unarmed civilians, forcing thousands to flee to French-speaking regions or neighbouring Nigeria.

In November last year, Biya declared the crisis a war.

Biya was re-elected to his seventh term in October, although few votes were cast in Anglophone regions.

Politicians have repeatedly called on Biya to initiate dialogue to stem the violence. The 85-year-old president has refused, repeatedly stating that Cameroon is one and indivisible.

The United Nations has condemned both the Cameroon military and separatists for using unnecessary and excessive force.

The linguistic divide harks back to the end of World War I, when the League of Nations divided the former German colony of Kamerun between the allied French and British victors.