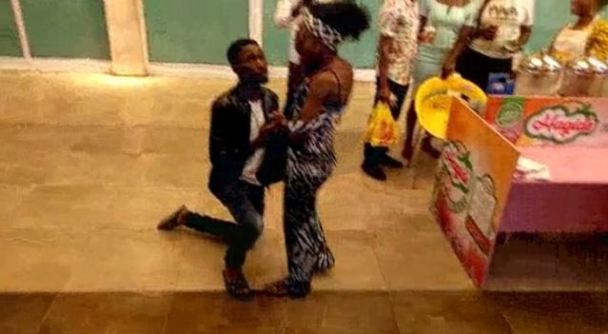 Reports have it that the girl accepted had left the guy for a richer guy who had a car, then when the latter relationship packed up, she went to the former, so as a payback, this former guy organized this fake engagement to humiliate her publicly.

“Yesterday. A guy pranked his girlfriend by faking a marriage proposal publicly at onitsha shoprite, just after the poor girl accepted to marry her. He disgraced her generation and her hometown there.. We asked him why he did such, he said he’s paying her back.. Am like WTF? do ladies really deserve to be treated like this?“