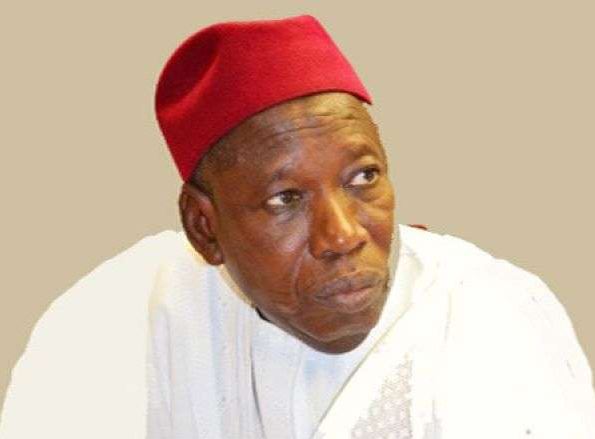 Governor of Kano state, Abdullahi Ganduje who has been embroiled in a corruption scandal after several video clips of him allegedly collecting bribe from contractors were published.

The Governor, who was invited by the investigating committee set up by the state House of Assembly, to appear before it, said the said the video clips released by the publisher of Daily Nigerian was aimed at tarnishing his image politically.

Ganduje was represented by the Commissioner of Information, Malam Muhammad Garba, said the allegations are injurious.

However, the Chairman of the committee, Hon Baffa Babba Danagundi, made it known that all parties including the public will definitely get justice.