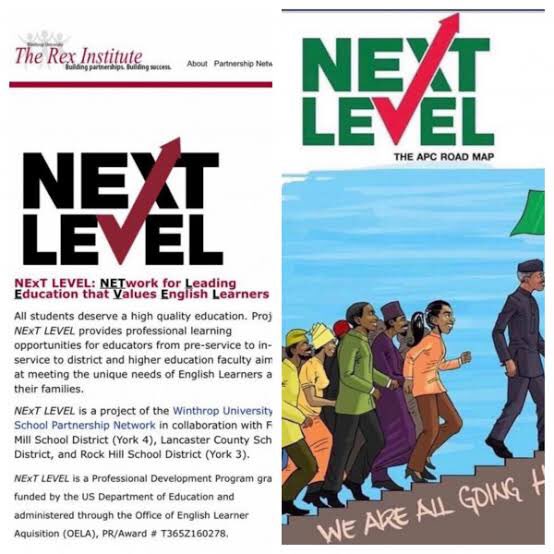 The opposition Peoples Democratic Party(PDP) has fired heavy shots at President Muhammadu Buhari for allegedly ‘stealing’ the Rex Institute’s “Next Level” logo and mantra as his 2019 campaign mantra. PDP in  a statement on Wednesday, said by ‘stealing’ its campaign logo and mantra, Buhari’s presidency has shown that it lacks integrity, and thrives only on deception and lies.

The opposition party further stated that the president lack the competence to ‘initiate and articulate’ an original leadership blueprint, and as such, has resorted to ‘copying and stealing.’

The Muhammadu Buhari presidency has again disgraced our nation by stealing the Rex Institute’s “Next Level” logo and mantra as his 2019 campaign mantra and presenting same to Nigerians as his idea and creation.

This revelation has further confirmed that the Buhari Presidency lacks integrity as a fraud syndicate that thrives on deception, lies, false performance claims, certificate forgery, corruption while always trying to take credit for the achievement of others.

We are not surprised that President Buhari, out of desperation has resorted to copying/stealing other people’s work, because, the President lacks the competence to initiate and articulate an original blue print for leadership.The is why Nigeria is in dire strait today.