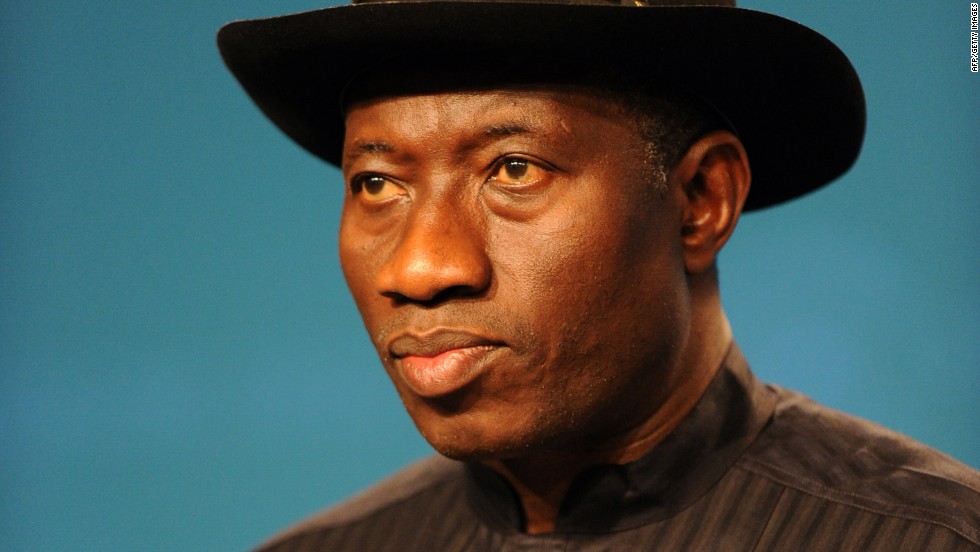 Nigeria’s former president, Goodluck Jonathan has told the President Muhammadu Buhari’s administration to leave him alone and face Transparency International, who claimed that Nigeria was more corrupt today than under the last Peoples Democratic Party government, according to a Punch report.

Jonathan made this known through his media office and signed by his former media aide, Reno Omokri.

The statement accused the presidency of showing signs of guilty conscience in its manner of response to the contents of the new book, launched by the former president, titled, My Transition Hours.

Part of the statement read, “it is just evidence of a guilty conscience. As Shakespeare said “”The lady doth protest too much, methinks”.

“First and foremost, it was not former President Jonathan who said Nigeria is more corrupt today than it was under the last Peoples Democratic Party administration. That fact was actually stated by Transparency International, the only global body acknowledged as an independent rating agency for corruption.

“Whereas under Jonathan and the PDP, Nigeria made her best ever improvement on Transparency International’s Corruption Perception Index, moving eight places forward from 144 to 136 in 2014, but under President Buhari and the All Progressives Congress, Nigeria has made her worst ever retrogression, moving backwards 12 places from 136 to 148. This is a fact.”

The statement added, “And other people have stated the obvious besides Transparency International, one of them being Ms. Priti Patel, immediate past UK Secretary of State for International Development, who this week described President Buhari’s anti-corruption war as a sham and an impediment to Nigeria and urged foreign direct investors to shun Nigeria because of Buhari.

“But Mr. Garba Shehu forgot to tell Nigerians how his boss, President Muhammadu Buhari went to Paris and praised the Governor of Kano state, a man caught on camera hiding dollar bribes in his babanriga. Yet, they charged Ayo Fayose and refused to charge Babachir Lawal.

“Even the blind can see the corruption of this administration and the deaf can hear it. With questionable certificates, fraudulent #NextLevel logo and document, plagiarizing speeches of both Barrack Obama and Charles DeGaulle. Not to talk of the $25 billion dollars’ worth of contracts awarded without due process at the Nigerian National Petroleum Corporation as revealed in Mr. Ibe Kachikwu’s leaked memo, Aisha Buhari’s ADC’s looted billions and the reinstatement and promotion of a thief like Maina.

“Besides, if the Buhari administration is upset at their gold medal for corruption, they should not take out their frustrations at Mr. Jonathan. They should face the umpire who gave them the award, Transparency International.

“Moreover, Garba Shehu descended further into his dark art of lying when he falsely alleged that Dr. Ngozi Okonjo-Iweka warned Dr. Jonathan about saving but she was rebuffed.

“That is an obvious lie and is easily demolished by the accounts in Mrs. Iweala’s book, Fighting Corruption is Dangerous. In her book, Mrs. Okonjo-Iweala said she warned the Governors, but APC Governors led by Rotimi Amaechi, refused to save. Must Garba twist the truth with such satanic abandon?

“This is an administration where the minister of power Tunde Fashola tells the Yoruba ethnic nationality to vote President Buhari and the Southwest will get the Presidency in 2023. The next day, Boss Mustapha, the Secretary to the Federal Government, told the Igbos to vote for President Buhari and get the Presidency in 2023. They cannot even harmonize their LIES.

“Lies such as the claim that in 16 years of being in office, President Jonathan and the PDP achieved nothing. Meanwhile, the only federal university in President Buhari’s home state was built by Dr. Jonathan. He built 165 almajiri schools, Abuja-Kaduna super-fast railway, four power stations, four hospitals and revived the nationwide rail service. Question for Garba, can he name even one project which was initiated, started and completed in the last three and a half years by President Buhari?

“In conclusion, we urge Garba Shehu to grow a spine and tell his boss the truth about his corrupt laden administration instead of coming out to insult the PDP, a party which brought him to national limelight.”