Court Can’t Compel Us To Prosecute Fani-Kayode, Abaribe, Others For Kanu’s Escape – DG Of DSS 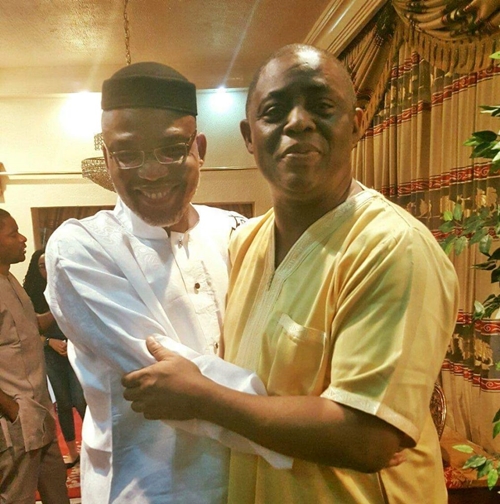 The Department of State Service (DSS) and its Director-General, Yusuf Bichi, have said they cannot be compelled by the Federal High Court in Abuja to prosecute those accused of aiding the escape of the leader of the Indigenous People of Biafra, Nnamdi Kanu, from Nigeria, PUNCH reports..

They stated that not even the President of Nigeria could tell them how to contain national security threats.

They stated these in their notice of preliminary objection which they filed in response to a suit seeking an order of mandamus to compel them and the police to arrest and prosecute some named individuals, including a former Minister of Aviation, Femi Fani-Kayode, for alleged culpability in the escape of Kanu who reportedly surfaced in Israel recently.

Others proposed for prosecution also include those who stood sureties for the bail granted Kanu by the Federal High Court in Abuja in April last year – Senator Eyinnaya Abaribe, Tochukwu Uchendu and Emmanuel Shallom Ben.

The rest, according to the plaintiff, are “all those who worked together to propagate and spread the inciting lies and falsehood that Nnamdi Kanu was abducted, arrested, kidnapped, detained, killed and assassinated by the Nigerian Army when indeed they were well aware of his whereabouts because they played roles in helping Nnamdi Kanu to disappear from Nigeria.”

The suit was filed by Isiah Ayugu, who described himself as a tax-paying, responsible Nigerian and lawyer.

He joined the DSS, its Director-General, Yusuf Bichi, the police and the Inspector-General of Police, Ibrahim Idris, as the defendants.

But the named individuals have filed various applications seeking to be joined as additional defendants in the suit.

Justice John Tsoho had on November 22 fixed January 11 for the hearing of the various joinder applications.

On November 9, 2018, Justice John Tsoho granted leave to the plaintiff to proceed with the suit and serve same on the respondents.

He said in the suit marked, FHC/ABJ/CS/1254/18, that due to Kanu’s escape from Nigeria, the IPOB leader’s trial on charges of treasonable felony had remained stalled before Justice Binta Nyako of the Federal High Court in Abuja.

They also contended that the plaintiff lacked the locus standi (the legal right) to initiate the suit.

According to them, containing national security threat is a matter of discretion which the court and even the President of Nigeria cannot interfere with.

They added that the DSS “must act within the latitude of available resources” and as such they would only allocate resources to investigate matters “based on the situation on ground.”

Further hearing in the suit has been adjourned till January 9.