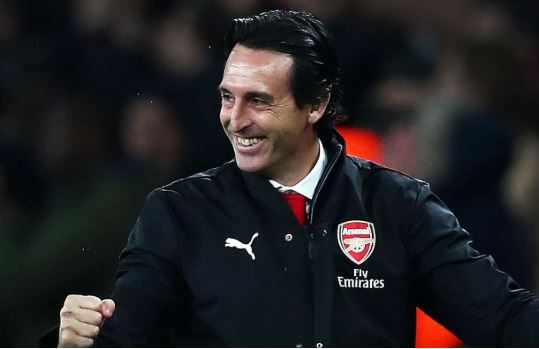 Arsenal head coach Unai Emery has revealed his three main objectives for the remainder of his first season in charge of the club.

The Spaniard took over the Gunners in the summer, replacing Arsene Wenger, and has had a positive start since taking the reins at the Emirates Stadium.

Despite losing his opening two games against Manchester City and Chelsea, Emery has guided Arsenal to a 16-game unbeaten run in all competitions, including an 11-game winning streak.

And the former PSG and Sevilla boss has explained what he is hoping to achieve in his first season in North London, prioritising a return to Champions League football.

“The club wants to return to Europe’s top club competition which is the Champions League, and we have two opportunities by which to do that – one is the Premier League, and the other is the Europa League because obviously, you qualify by winning that competition,” he said in quotes reported by Football London.

“The Premier League is our priority. Our objective in terms of the table is to finish in the top four.

“Both are very difficult but we want to ensure we perform the best we can on both fronts.”

The second objective Emery highlighted was a desire for silverware, with Arsenal still involved in the Carabao Cup having drawn Tottenham in the quarter-finals, as well as the FA Cup.

“At the same time, every competition where there’s a title up for grabs is important and that counts for the two domestic cup competitions as well.”

Emery’s third objective was less tangible, and the manager spoke of wanting to repair the disconnect between the club, players and fans through an on-field identity.

“We have a third objective, however, and that is that we want to garner feedback and create a connection with the fans. We want the team to transmit things.

“We want it to convey energy, desire about winning and also a sense of solidity. And within that, we want to see individual footballers growing and developing.

“We want to create that kind of atmosphere so it’s about both how we finish in the table and also in terms of creating a team both individually and collectively that has motivation.

“We want Arsenal to convey energy and hunger.”

Arsenal travel to sixth-placed Bournemouth on Sunday as Premier League action resumes, with the Gunners looking to extend their unbeaten run by yet another game.