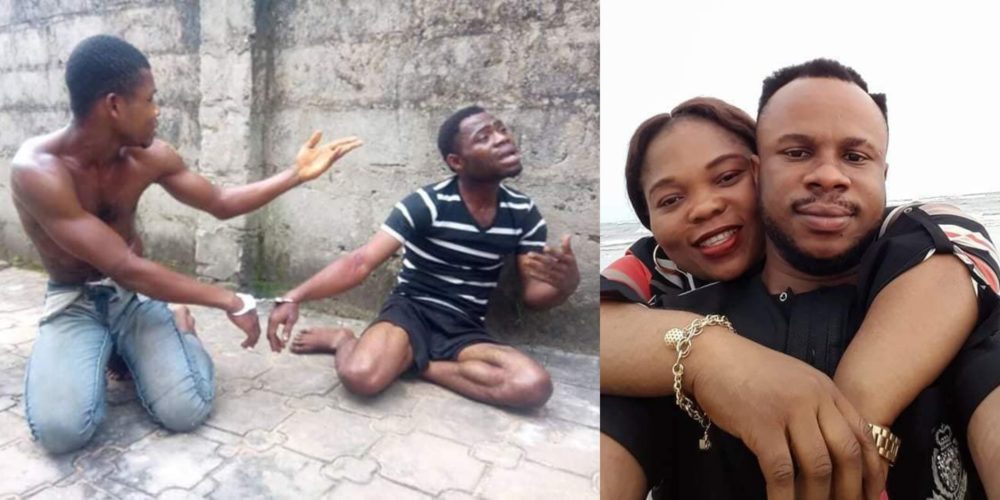 An evangelist as been arrested for killing a pastor Apostle Blessed Kelechukwu Iwuanyanwu, the founder of “Wind Of Glory International, and two others in Abia state.

The police revealed that the suspected were arrested following discrete investigation after weeks the three corpses were discovered at the pastor’s residence in Abia.

The pastor was allegedly killed by his childhood friend, an Evangelist, known as Prosper Peters Okwandu, (pictured on black and white polo) and other accomplices.

Properties belonging to the late Pastor including his car, phones and clothes were recovered from the killers. 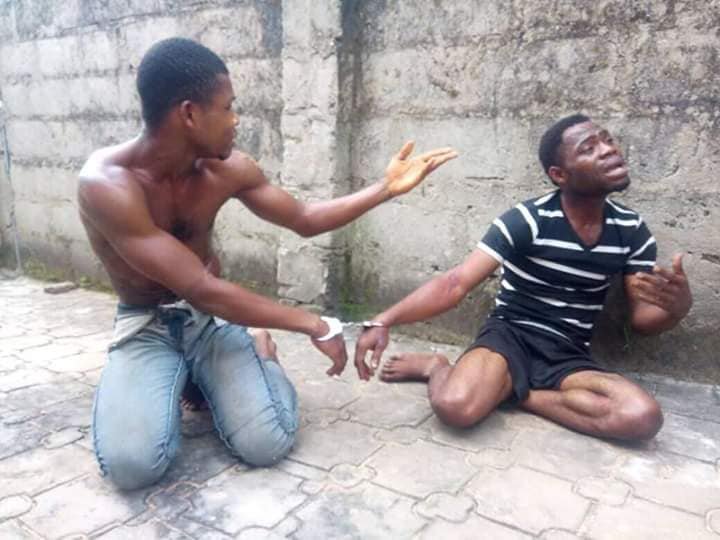 Police operatives, led by the Deputy Commissioner of Police in charge of the SCID, Patrick Edung, had, on Saturday, October 20th, uncovered the decomposing bodies of Iwuanyanwu; his assistant pastor, Ambassador Ikeagu; and the Women Leader of his church, Pastor Ruth Andrews, who is said to be the pastor’s girlfriend. 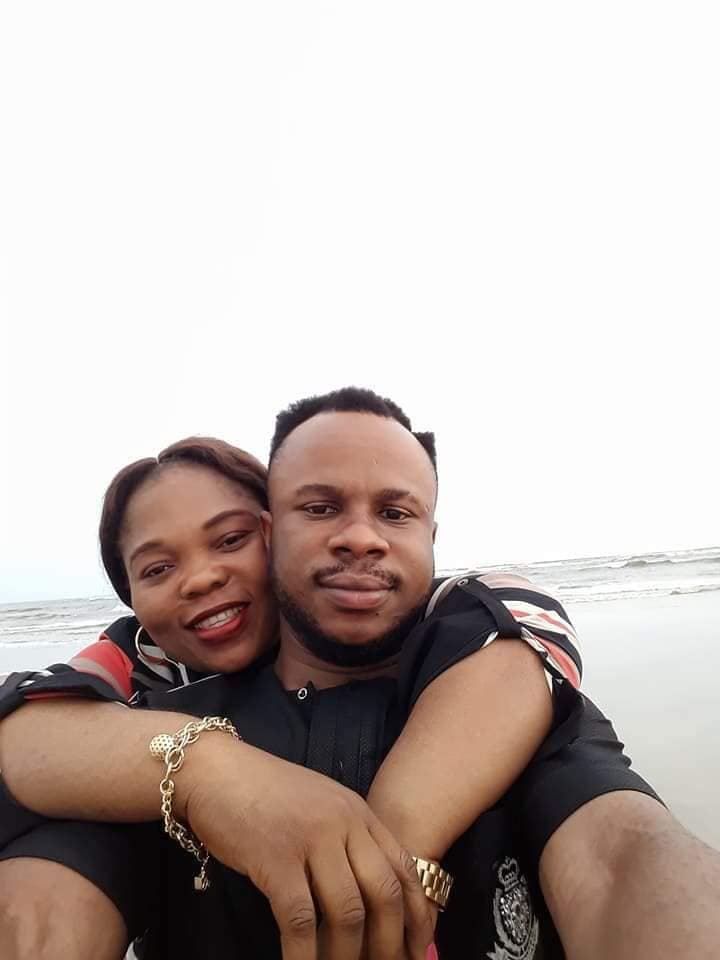 The deceased were pastors at the Wind of Glory International Church, Ohokobe village within Umuahia, the Abia State capital. Iwuanyanwu, said to be about 27 years old, was the Founder and General Overseer of the church. 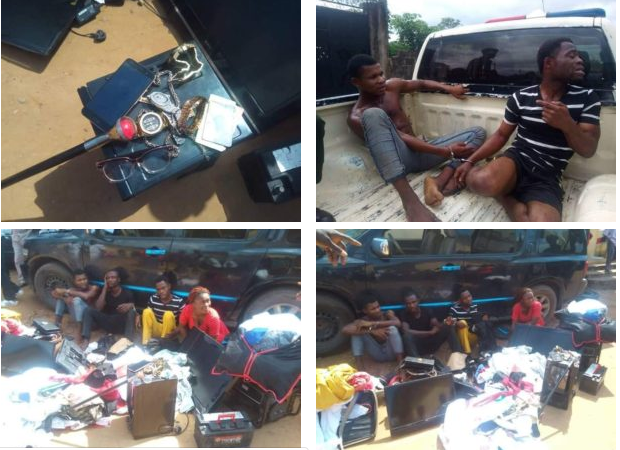 The late clergyman, who hails from Mbano in Imo State, was a Mathematics graduate from the Michael Okpara University of Agriculture, Umudike. He also attended St. Peter’s Seminary in Okigwe, also in Imo State. 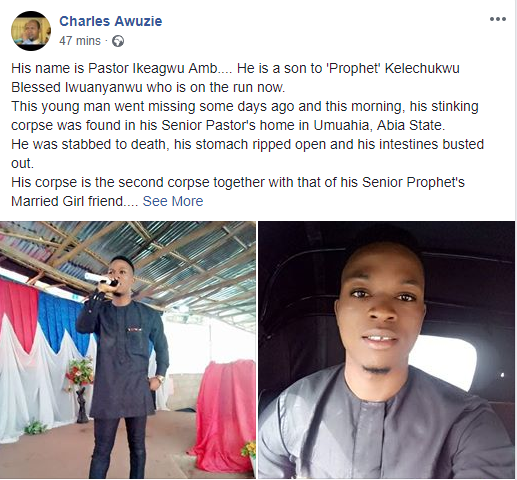