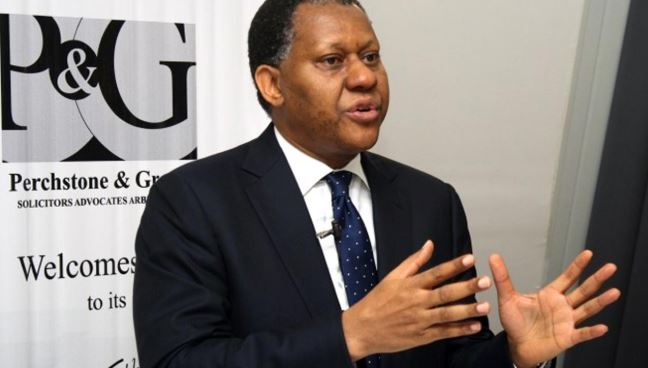 A former Minister of Foreign Affairs, Mr Odein Ajumogobia (SAN), has predicted that the poverty level in the country may be worse in 2019 than this year.

He said Nigeria had in the last four years witnessed a continuous downward spiral in the poverty index, saying, “There is every indication that just as 2018 was worse than 2017, 2019 will be worse than 2018.”

According to him, available statistics have shown that in each of the last four years, the country’s per capita Gross Domestic Product progressively declined.

“It is a sobering thought – if the statistics are to be believed – that we should have, at this stage, overtaken India with the number of extremely poor households in Nigeria, a nation with one sixth of India’s 1.2 billion population,” Ajumogobia said in Lagos on Friday during a colloquium held to mark the 25th anniversary of a commercial law firm, Kenna Partners.

The colloquium, with the theme, Footprints in law and society, towards a paradigm shift, was chaired by the first female Senior Advocate of Nigeria, Chief ‘Folake Solanke.

Ajumogobia chided President Muhammadu Buhari for his suggestion at the last annual conference of the Nigerian Bar Association that the rule of law must bow to national security.

The SAN warned that without respect for the rule of law, “inclusive development and growth would continue to elude us in our downward spiral of poverty and chaos as we continue to, regrettably, to bask in our dubious distinction as the poverty capital of the world!”

In her address, 86-year-old Solanke, worried about the large number of political parties registered by the Independent National Electoral Commission to participate in next year’s general elections.

“Something must be done to weed out the political parties to a minimum. In the United States of America, there are two political parties, but in Nigeria, 80 of the 91 registered political parties want to produce the next President. Something is wrong with our Electoral Act; we must go and look at Section 222 and do something about it,” Solanke said.

Justice Amina Augie of the Supreme Court, who delivered the anniversary lecture, warned politicians against weakening public institutions for selfish reasons, saying it will haunt them.