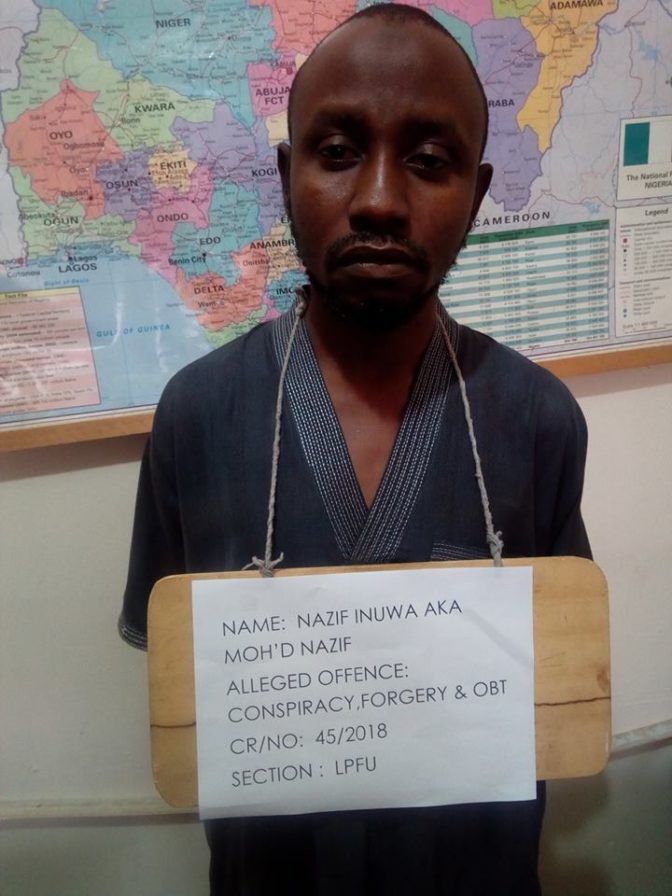 The case was reported to the Commission via a petition dated 13th January, 2017, by the Heritage Chambers.

The petitioner alleged that sometimes on 14th July, 2016, Nazif Inuwa sold to Salisu Usman a plot of land purportedly covered by a grant of a Right of Occupancy No. Bs/MLS/LAD/33644 located at Z 79 DP/34 Extension at Bauchi.

The transcation was concluded in the sum of N600,000.00 (Six Hundred Thousand Naira) which Usman paid to him and the purported original Right of Occupancy document was handed over to him.

However, having commenced building on the land, Usman was accosted by one Alhaji Aminu Moh’d who claimed to be the rightful owner of the land sold to Usman.

A search conducted at the Ministry of Works, Land and Housing, Bauchi State, revealed that the so-called original document granting right of occupancy given to him by Inuwa was a forged one.

The said ministry, therefore, issued a letter dated 23rd, December 2016, ordering Usman to quit the land as the real land number is in their record as BA/36982 (DP/34 Extension).

All attempts to recover the N600,000.00 (Six Hundred Thousand Naira) he paid for the land proved abortive.

The accused person pleaded not guilty to the six count charge when he was arraigned.

The court granted the prayers of the accus3d person’s counsel and granted bail in the sum of One Million Naira and one surety in like sum.

The court further ruled that the surety must be a Civil Servant of grade level 12 and above, with Federal or State Civil Service and must be resident within the Jurisdiction of the court.

The surety, the Judge ruled, must have a landed property covered by C of O which must be verified by the Registrar of the court and by the EFCC Operatives.

The matter was adjourned till 4th December, 2018, for hearing.