Neymar celebrated by pretending to throw around money after scoring against Liverpool – and then danced in Alisson Becker’s shirt at full-time.

The Paris Saint-Germain star scored his side’s second goal at the Parc des Princes, starting and finishing a devastating counter-attack, and his celebration was far from humble.

The world’s most-expensive footballer and his partner in crime, Kylian Mbappe pretended to dish out bank notes. 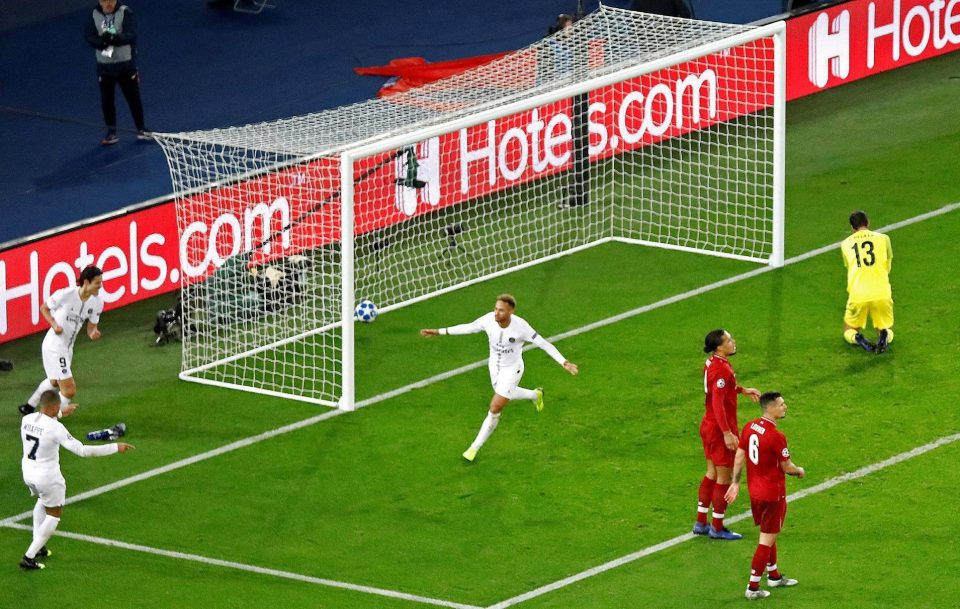 His left-footed finish into the bottom corner proved to be the match winner after Juan Bernat capitalised on some hesitant defending in the Liverpool box to open the scoring.

James Milner slotted in a penalty on the stroke of half-time after Angel Di Maria needlessly slid in on Sadio Mane to make it 2-1 – but that is how it ended in the French capital. 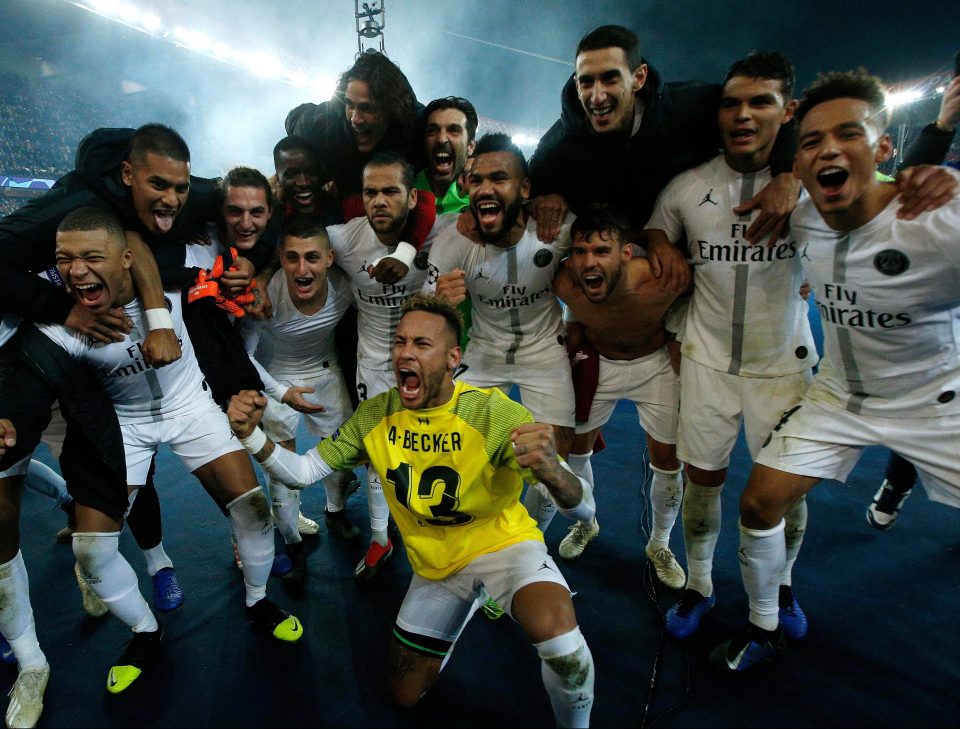 To then make matters worse for the Reds, the former Barcelona forward was then spotted with his team-mates enjoying the win wearing the Liverpool goalkeeper’s shirt.

Of course, Neymar and Alisson are international team-mates for Brazil but were Ney-meses tonight before presumably swapping jerseys.

And the PSG ace did not seem to mind the goalkeeper shirt looking like an NFL jersey on his slight frame – no problem for the fashion-conscious Neymar. 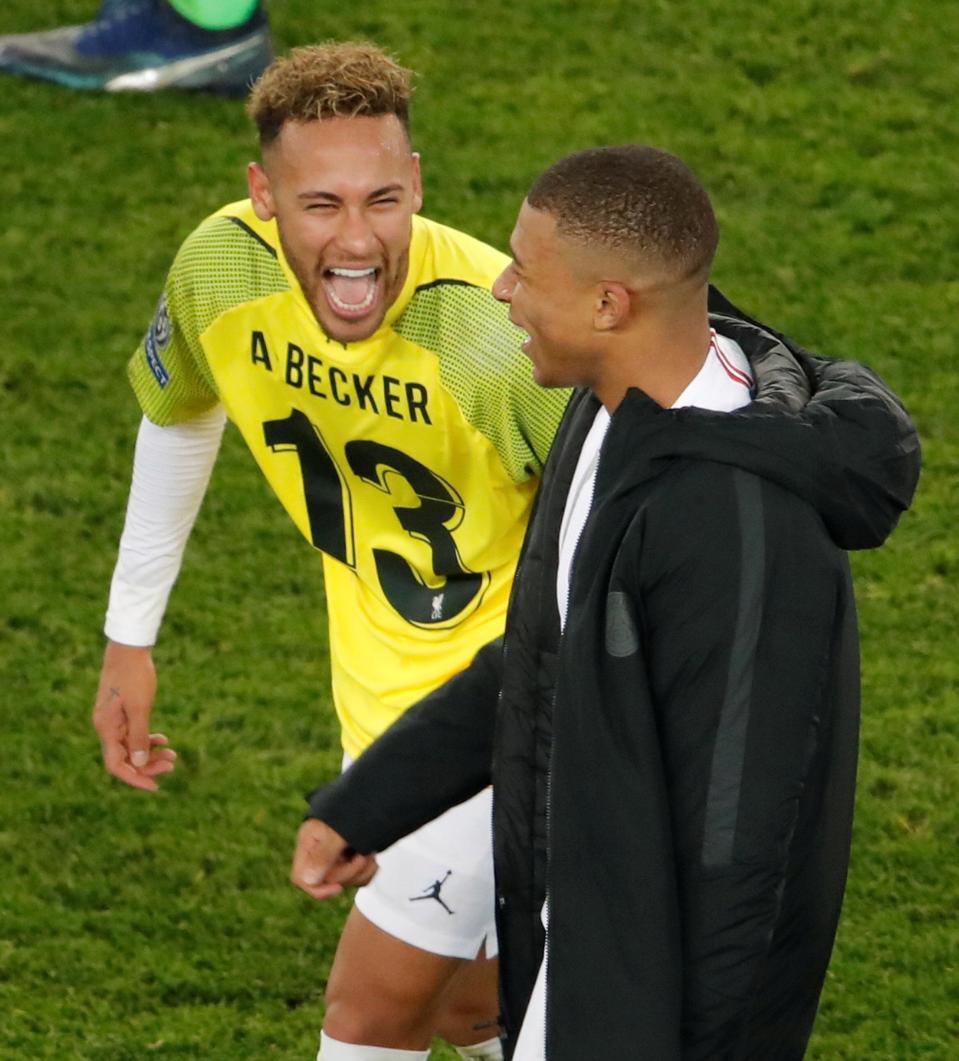 Neymar now has 14 goals in 17 appearances for the Ligue 1 champions, including four in the Champions League.

And his goal made him the top-scoring Brazilian in the competition’s history with 31 goals.

But most of the social media attention was grabbed by the money celebration.

One Twitter user, Victor Christopher, said: “”Money can buy you the Champions League”. That’s simply the meaning of Neymar celebration versus Liverpool.”

Another added: “Mbappe Neymar flaunting their money in that celebration.” 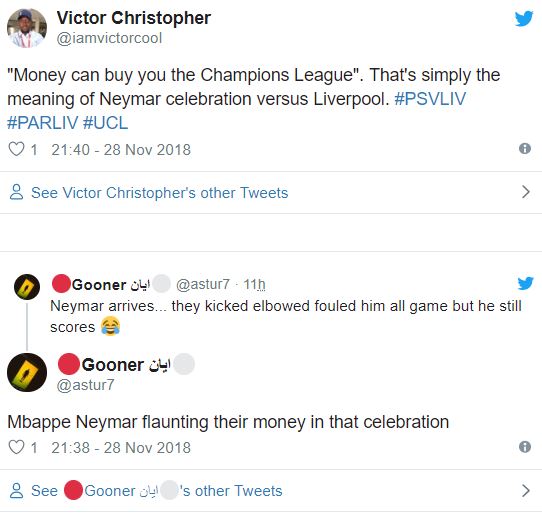 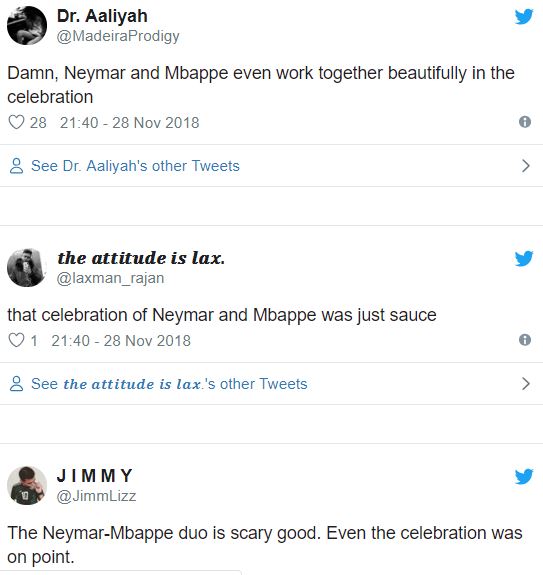