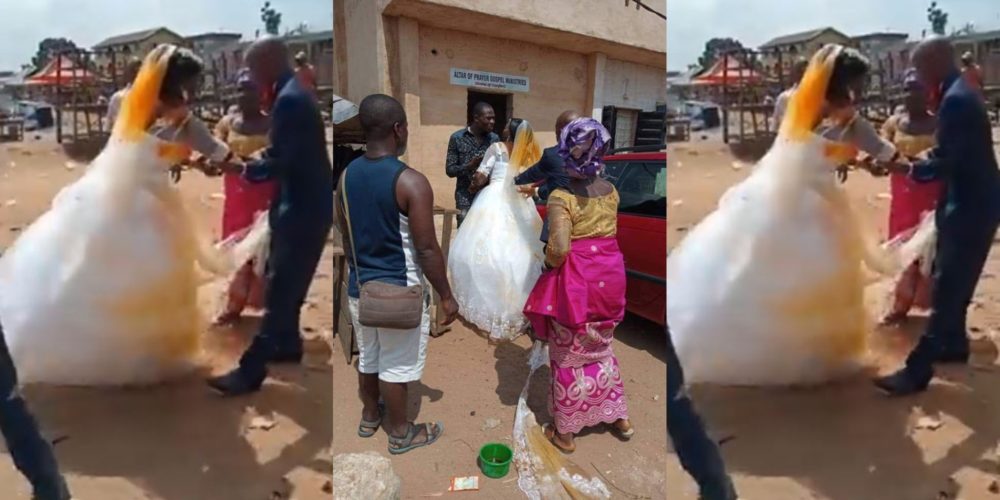 Over the weekend, there was a wild drama in Imo state after a bride got attacked on her wedding day. 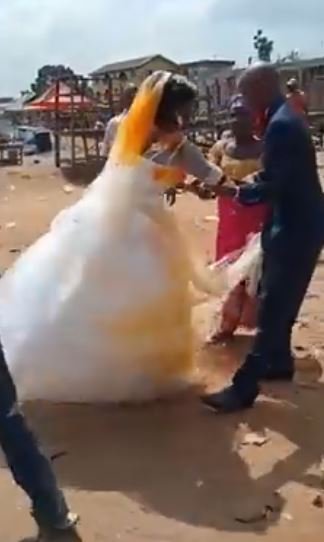 According to what we gathered, the “first wife” of the groom allegedly attacked the bride on their wedding day, as the groom moved to wed a second wife. 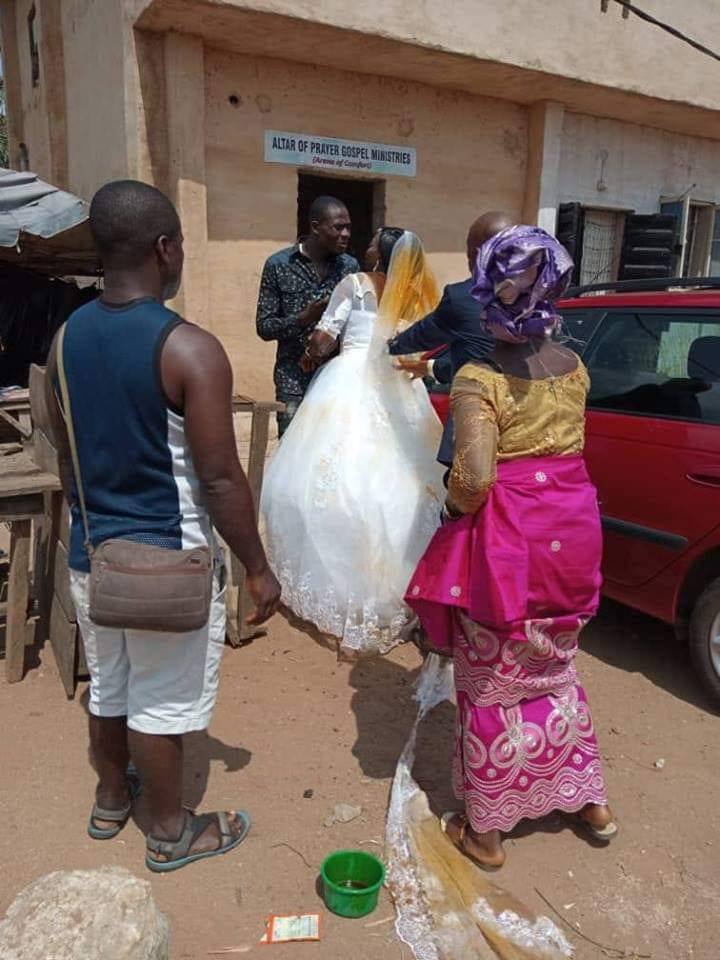 The groom went to Apostolic church at Nkwo Orji in Owerri North area of the state to wed his second wife, but the church rejected him being that he is already married.

It was gathered that the man went to another church known as the Altar of prayer Gospel ministries in the same area and the pastor accepted to wed them.

On the day of the wedding, Sunday, 25th November 2018, the first wife allegedly stormed the wedding venue and poured red oil on the bride/second wife’s wedding gown which nearly caused a big fight.

Further details were not given as to whether the wedding still held. 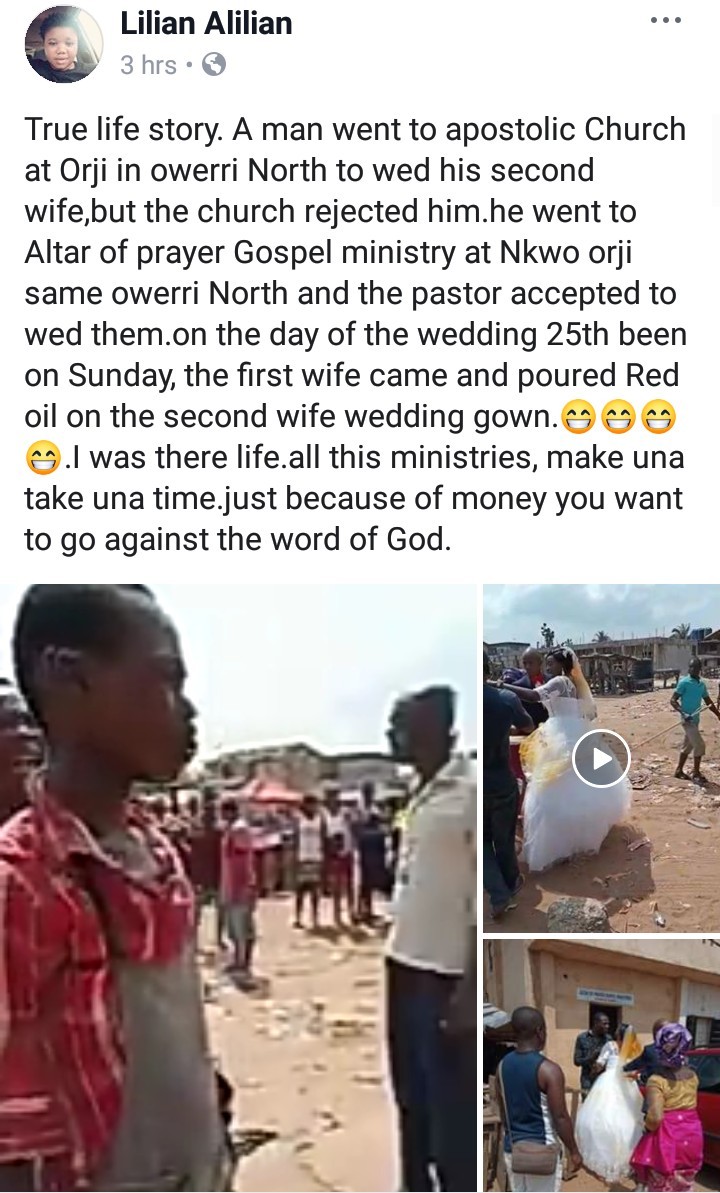 Watch the video below. (Press play below):