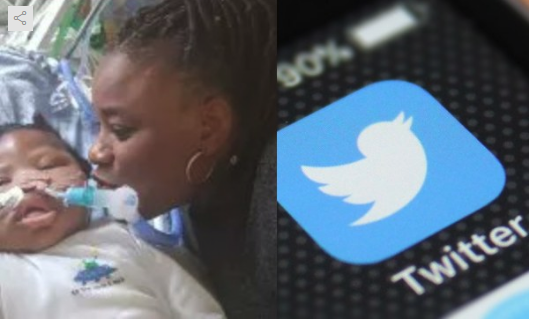 The scammer who sought for financial support with the fake photos, alleged that his sick baby was admitted at an undisclosed hospital and he needs money to sort out her medical bill.

The photo captured a child plugged to some medical equipment with the mother kneeling by the side was sure to make some Twitter users sympathetic at first and asked for his account details, he was nabbed as it was later discovered that he used a photo of a dead child.

It was also discovered that the account was created last week, and doctors on the social media platform also noticed that he shared a fake doctor’s report and the words scribbled on it made no sense.

Here are reactions of Twitter users to the fraudulent act;