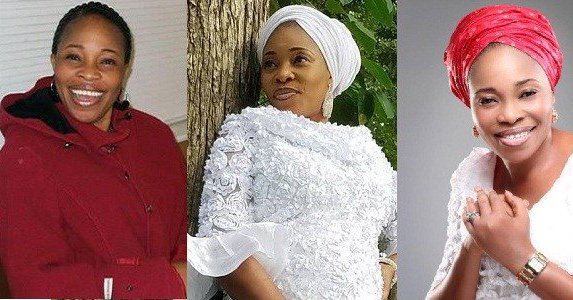 Popular Nigerian gospel singer, Tope Alabi has narrated how she lives a simple life despite being a celebrity and almost became a nun due to parental pressure.

“When I was about seven years old, my parents told me God was going to use me but I didn’t believe them, they actually thought I was going to be a Sister because I was born into a Catholic family.

“I told them I didn’t want to be a Sister even though I loved Catholicism. They were worried that I didn’t want to go to the convent. My mother always insisted that I would work for God. Interestingly, I got my style of singing from my mother. Sometimes, when I sing, I listen to her voice in me,”

On living a private life despite her celebrity status, she said ;

“I still go to the market to buy groceries; I don’t like the idea of living the life of a celebrity. Sometimes when I want to go out, I take public transport. There was a day I boarded the BRT bus in Lagos to get to the popular Balogun market; I could hear the passengers whispering to one another.

“They were arguing if I was the one or not. They were saying Tope Alabi is not a poor person so there is no way she will be on a public bus. When I was about to alight from the bus, I revealed my identity to the driver, and this made many of the passengers to also get down from the bus to take pictures with me.

“Sometimes, it is necessary to have a taste of what it feels like to be an ordinary woman on the street. Many celebrities do not live their real life and are not free to do whatever they like; that is why I don’t restrict myself. When someone is not free to do what they feel like doing, like every other person on the street, it causes depression which can even lead to death.