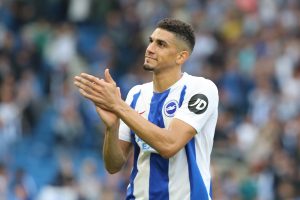 Super Eagles Coach, Gernot Rohr, has urged defender, Leon Balogun, to quit English Premier League side, Brighton & Hove Albion, in order to get playing time ahead of next year’s Africa Cup of Nations. The former Mainz defender has made just two appearances in 13 league games so far this season.

“On Balogun, we will insist all the time on our player playing regularly because it’s the same for other players”

Rohr stated the importance of getting game time and insisted that players should prioritize game time over playing for established clubs. “We have this communication in my mother language so it’s easier. We will try to help him in the right way. It’s not a good one I believe, but he has to play. He’s 30 now which means that if he’s not playing, it will be difficult for him to be fit” Rohr said