N’golo Kante turned up late for France training during the international break – but avoided being punished by manager Didier Deschamps.

The Chelsea midfielder was held up due to an issue with his train, which was 42 minutes late.

He was unable to join-up with his teammates at Les Bleus’ Clairefontaine training base at the assigned time due to the delay.

But his status as among the nicest and most humble players in professional football helped him swerve what might have been a stern punishment from his superiors.

Upon eventually showing up nearly three-quarters-of-an-hour after his scheduled arrival time, Kante attempted to explain himself to Deschamps and his coaching team with a cheeky grin spread across his face. 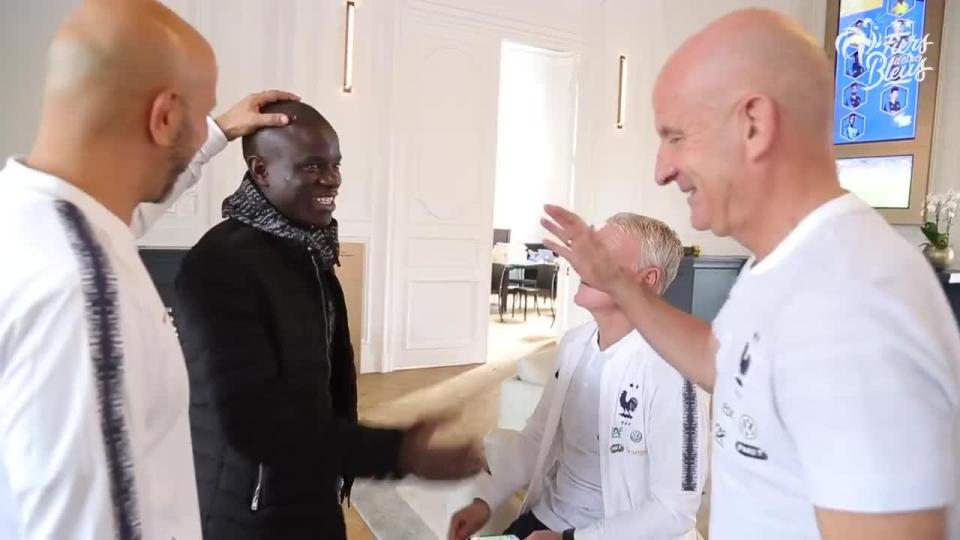 The French backroom team eventually forgave Kante for his tardiness

But instead of reading the riot act, the coach merely joked: “But N’Golo, you are faster than the train.”

Kante would go on to feature in both of France’s matches during the international break earlier this month – the 2-0 defeat to Netherlands and the friendly win over Uruguay – and it appears the incident has been entirely forgotten.

The 27-year-old is quickly developing a reputation for being a meek and kind individual in a sport which the public reputation of its biggest stars is chequered.

In stark contrast to many of his colleagues, Kante reportedly asked Chelsea for a “normal” salary upon joining them from Leicester City in 2016.

Recent revelations via Football Leaks disclosed that the former Caen man refused to sign up to a scheme which would have saved him £870,000-a-year on his salary.