Due to alleged speeding, the driver of the Honda lost control and the car veered off it’s lane and rammed into the oncoming Subaru, which led to the death of four persons while three others were injured.

One of the three persons, who were reportedly injured later died in the hospital.

The Public Relations  Officer, Ogun State Traffic Compliance and Enforcement  Corps, Babatunde Akinbiyi, who confirmed the incident said the accident occurred around 7:25am.

He said, “The driver of the Honda car lost control due to speeding, veered into the other lane and collided with an oncoming Subaru.

“Three persons were initially injured together while four others died instantly at the scene of the accident.

“However, the post-crash report indicates that one of the injured victims has also died, making the number of the dead to rise to five while the injured are now two. ”

He said those who died were all males while the injured were females.

Akinbiyi said the corpses of the victims had been deposited in the mortuary at the Olabisi Onabanjo University Teaching Hospital, Sagamu, Ogun State,  while the injured were receiving treatment in the same hospital.

Akinbiyi warned motorists to desist from speeding and observe highway codes at all times.

He said, “The Yuletide is here, motorists must observe all highway codes and desist from speeding.” 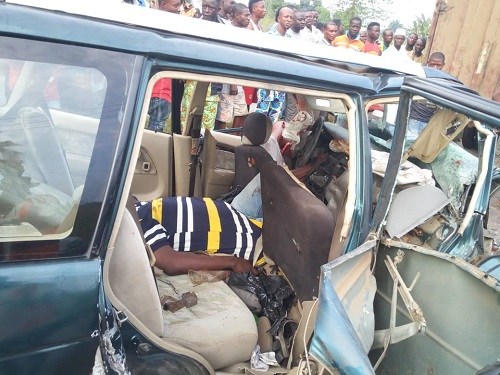 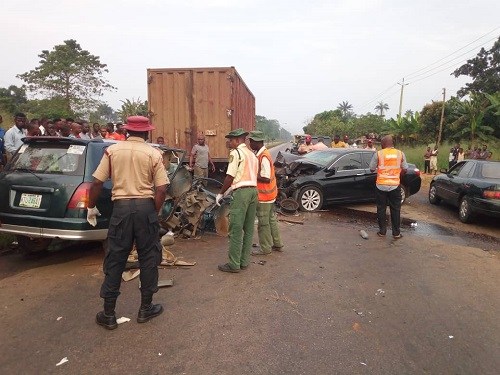 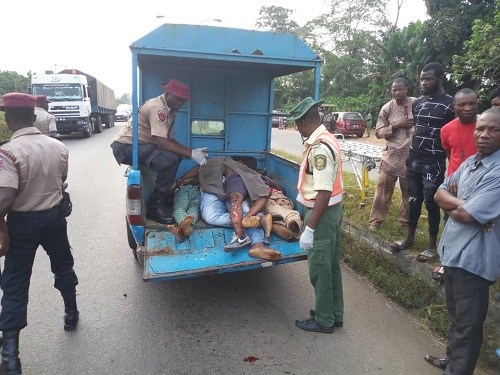