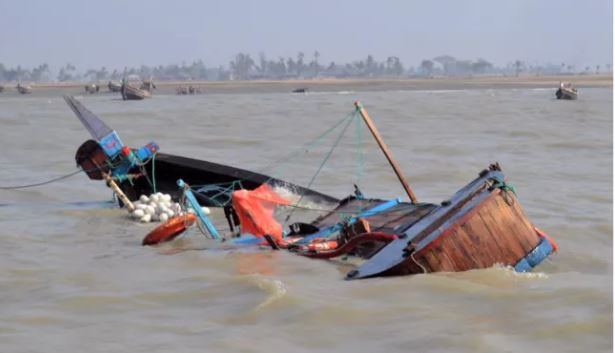 Police and witnesses have said a boat conveying 29 people has capsized in Tafa River, Maun 2 in Ipokia local government area of Ogun State, resulting in the death of 11 people.

Premium Times reports that the accident occurred Thursday night but the news only emerged Saturday.

A witness suggested the cause of the accident was engine problem.

He said the boat was in the middle of the river with passengers and their goods from Badagry in Lagos to Maun in Ipokia when the accident occurred.

He also said the boat was travelling at night without head lamp, and collided with a pillar in the river.

“Yes. There was boat capsize. It was overloaded,” he said. “The boat did not have light and travelled in the night . It had a head-on collision with a pillar in the river. The passengers were coming from Badagry in Lagos to Ipokia.”

Mr Oyeyemi said the boat was the last for the night, and all the 29 traders boarded it.

“Sixteen rescued alive, 10 dead yesterday( Thursday night) and one died Friday. No live jacket. There were marine at the site. Two missing. Skipper arrested after he ran away,” he said.

He added that the Commissioner of Police, Ahmed Iliyasu, had directed that the Divisional Police Officer should ensure that boats must have live jackets.

As at the time of filing this reports, remains of the deceased had been deposited at morgue in Ipokia.