Home Politics I got calls from UK and US, asking me to tell my...
Facebook
Twitter
WhatsApp 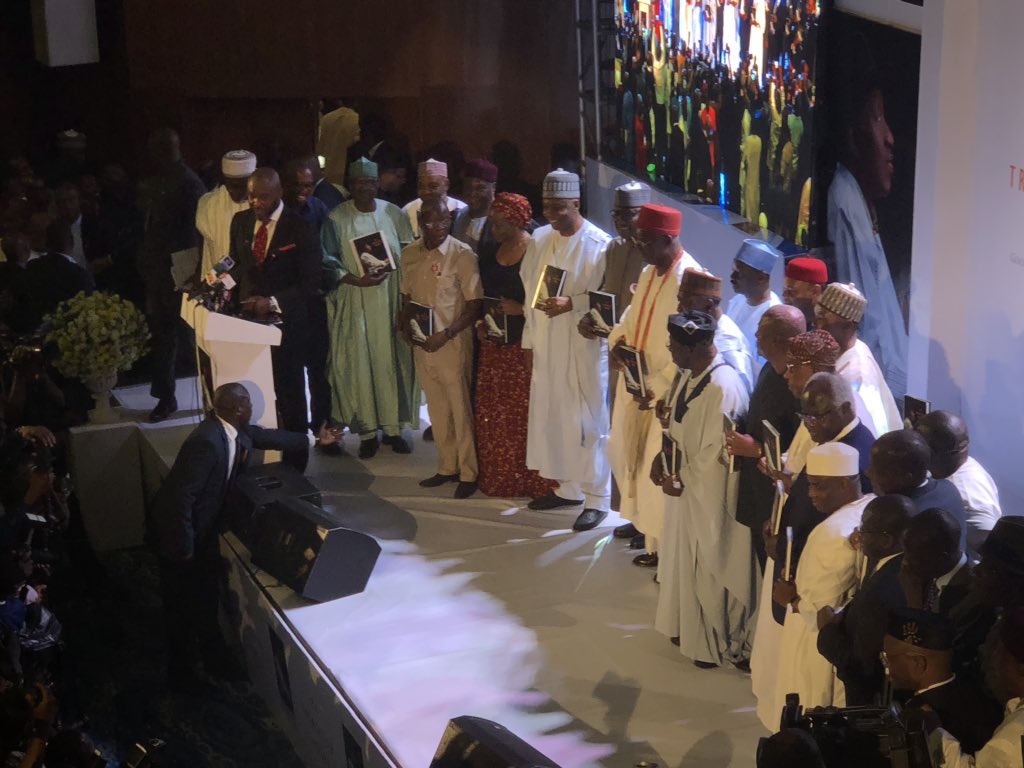 Also present from around Africa are former presidents of Ghana, Benin and Sierra Leone are also attending.

The Secretary to the Government of the Federation, Boss Mustapha, is representing President Muhammadu Buhari, holding at the Transcorp Hilton hotel in Abuja.

Former president of Ghana, John Mahama in his address, described Nigeria’s former president as “not talkative, reasonable and level headed in politics”. He said Jonathan never belief that politics was a do or die affair, therefore it wasn’t surprising when he accepted defeat.

“For him politics was not a matter of life and death. His decision in 2015 was not surprising to me at all.”

He revealed that when voting was still ongoing in the 2015 presidential elections, which ushered him Buhari as president, due to his friendship with Jonathan, he got calls from UK and America, asking him to tell his friend (Jonathan) to accept defeat.

“They were afraid that like a typical African leader he would try to hold on to power.

“But I told them there was no need, Jonathan is a good man and he would do the right thing,” he said.

Mr Mahama also said like Mr Jonathan, he lost his bid for a second term in 2016.

“I also graciously called my opponent and congratulated him conceding the election.

“When the history of Nigerian democracy is written, President Jonathan’s name will be written in gold,” Mr Mahama said.