Home News Feed “I want to thank me for believing in me” – Snoop Dogg...
Facebook
Twitter
WhatsApp 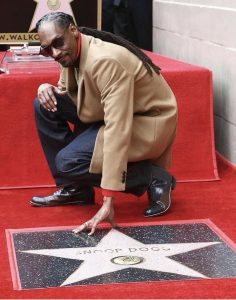 We all need to be a bit more like snoop dogg pic.twitter.com/xZWsDcLOzY

Snoop Dogg is one of the most successful rappers of his generation, with numerous platinum-selling albums spanning three decades. He rose to fame in 1992 when he was featured on Dr Dre’s solo debut album, “The Chronic.” Attending the ceremony on Monday were Record producer, Quincy Jones, Dr. Dre, Jimmy Kimmel amongst others.