Home News Feed I will never go naked or be smooched for a movie —...
Facebook
Twitter
WhatsApp 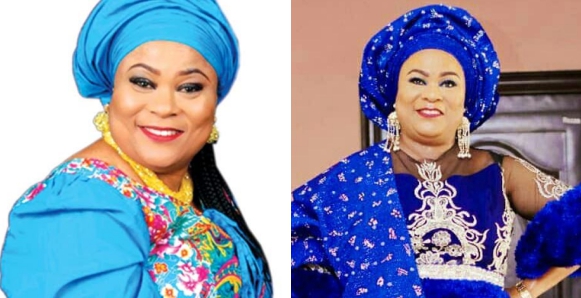 Sola Sobowale would not play some characters in a movie if the role will have her going naked or getting smooched while on set.

In a recent interview with Pulse, the ‘King of Boys’ star said she won’t bring herself so low to kiss and cuddle amorously just because she needs to interpret her role perfectly.

She said, “Yes ooh, they are so many. I am not going to go naked, definitely and no smooching. Nobody is coming to smooch me, no smooching. I am a typical African woman, let’s stay like that don’t let us take it to the foreign land…”

The veteran actress also talked about her role in the movie.

Sola Sobowale who played the main character, Eniola Salami, revealed that she was touched beyond words when she got the script because she knew it was a defining moment for her career.

The Wedding Party actress also said Kemi Adetiba has a unique way of bringing out the best in every actor.

Sobowale further said because Kemi believed in her abilities to take on the role of Eniola Salami in ‘King of Boys’ and deliver it to the delight of the audience, she was willing to give her all.