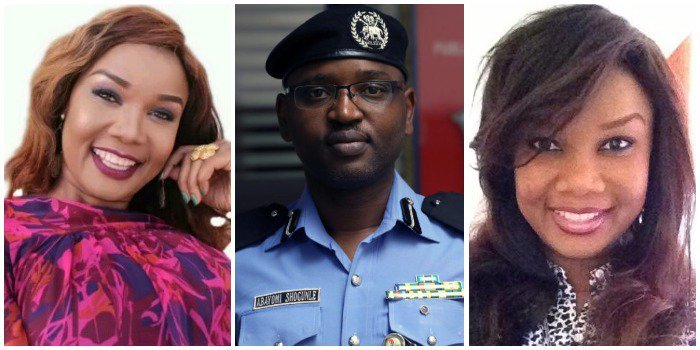 Nollywood actress, Gloria Akhigbe, who was declared wanted by the police after her comedy skit went viral, has expressed her surprise.

The viral skit shows the well-dressed actress removing a bouquet of flower, table water and drinks from the table where she was seated and putting them in her bag. Reacting to the video, Assistant Commissioner of Police, Abayomi Shogunle, declared the actress wanted and offered to pay anyone who could find her an unspecified amount of money as reward.

“Wanted person, Please help me find this Yoruba woman. If your tip leads to her apprehension, I have a cash reward for you.”

“I was the one that uploaded the video on my Instagram page. It happened at a burial ceremony that held on the last Saturday of October 2018. I was having a discussion with my friends on how beautifully dressed ladies steal at parties, so I decided to do a skit about the trend.

“Surprisingly, when I woke up the next morning, I received a phone call from a friend who told me that there was a video of me stealing at a party and it had gone viral. My friend sent me the video immediately and I began to laugh when I viewed it because it was obviously a skit.

“In fact, the people that were at the table with me were aware of what was going on. The person that recorded the video was even laughing, so it is not sensible to tag me a thief. I never knew I was such a good actress until the video went viral. People prefer bad news to good news. They have chastised me because of the video and insulted my family.”

Gloria Akhigbe further disclosed that is still shocked that she was declared wanted by the police because of the skit.

“I was surprised when the police officer declared me wanted; I see it as defamation of character. There was no proper investigation or questioning before declaring me wanted.

“I had to address the policeman’s statement for declaring me wanted; I am still waiting for the policeman to come to me. This is the first time something like this is happening to me. I have funny skits that I do regularly.

“Initially, I was not embarrassed because some people who knew me as an actress understood it was just a skit. However, when I saw the negative comments and curses on the Internet, I felt bad,” she said.