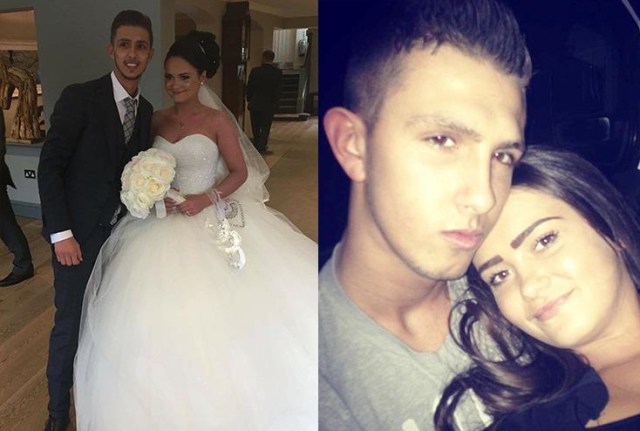 A 21-year-old woman, Shannon Barnard, was stabbed 46 times by her cheating husband, Michael and suffered multiple injuries to her limbs and body, including her lungs, liver and bowels.

Both her lungs collapsed and she has also been left with substantial scarring which may require skin grafts.

Mrs Barnard, who spent 17 days in hospital, later told police she felt ‘every blow’ and thought she would die, with doctors saying she was ‘extremely fortunate’ to have survived.

But in an unbelievable twist, a Maidstone Crown Court in Kent heard yesterday that she has forgiven her husband and plans to start a family with him on his release from prison.

Speaking during Barnard’s sentencing hearing for attempted murder, she replied when asked how she saw their future:

The court heard she had also been visiting Barnard in prison ‘on every occasion possible’, and plans to see him twice weekly now he has enhanced status.

She agreed with his barrister David Taylor that he had told her he was sorry and how much he loved her, and when asked if she forgave him, Mrs Barnard replied: ‘Of course.’

Jailing Barnard, Judge Philip Statman said: ‘Your wife was extraordinarily lucky to have survived this ordeal.

‘The reason why she did so was down to the very quick medical response together with the extraordinary skill of the surgeons who undoubtedly in my judgment saved her life.