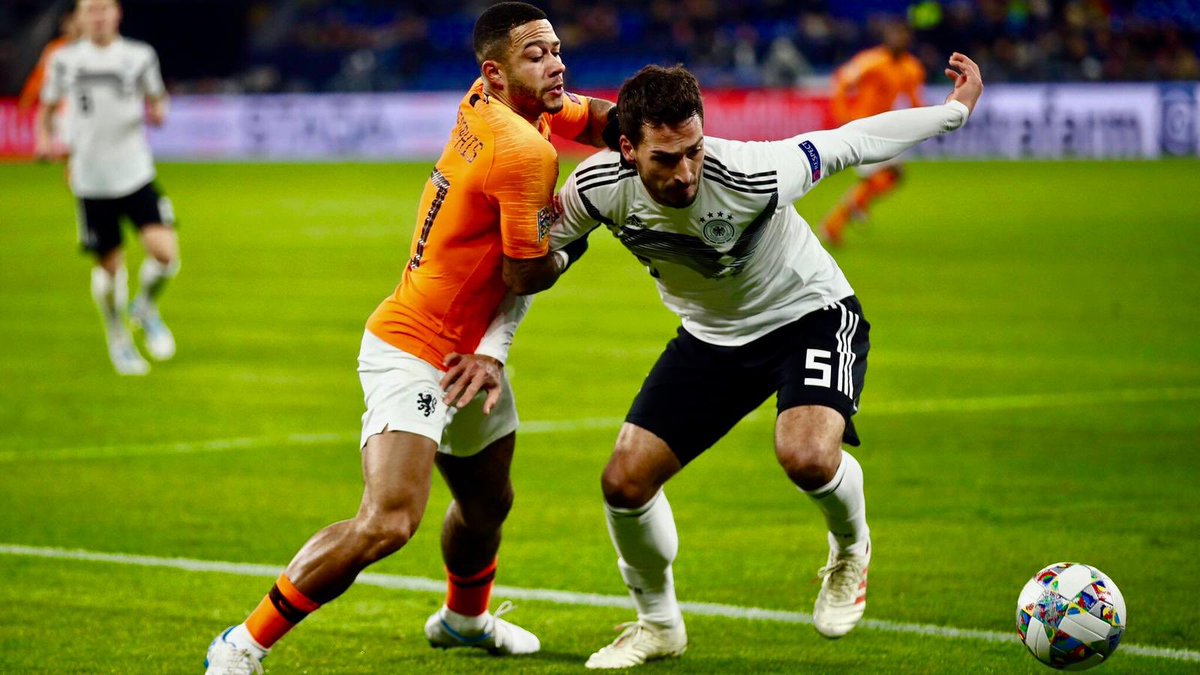 The former World champions, Germany, were only playing for their pride during the encounter as they were already relegated after garnering just just 2 points from 4 matches in the group.

However, they raced into a two goals lead inside the opening twenty minutes to tilt the qualification to France favour.

Netherlands, who needed just a draw from the tie then reduced the deficits by a lone goal deep into the second half and committed men forward in search of the equaliser.

They then pulled level in the 90th minute through Van Dijk to earned the much needed draw that send them to the finals of the competition.