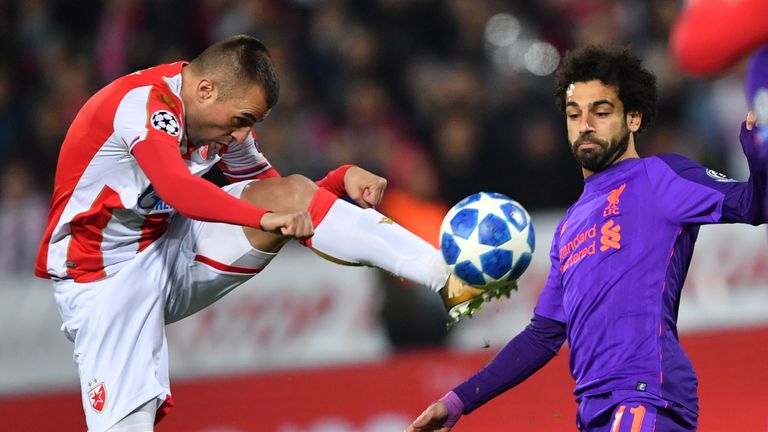 Liverpool blew group C of the UEFA champions league tournament open after losing 2-0 to Serbia Red Star Belgrade yesterday during their fourth group stage match at this year’s edition of the elite competition.

They would now need to win their remaining 2 matches to keep their hopes of making it to the next round of the competition alive. As a result of their loss yesterday, Napoli now top the group on 6 points while they only sit in second place as a result of their superior head to head with Paris Saint Germaine(PSG) as both have 5 points each. Red start also have 4 points and are still in the running for qualification to the next roubnd.

The Reds coach, Jurgen Klopp, revealed at the end of the match while fielding questions from journalists that he is not happy with his team’s performance during the match.

“We gave them too many set pieces before they scored, so they could kind of train it. The second goal was kind of out of the blue, we had the ball and gave it away. That is not cool in a game like this, in an atmosphere like this, in a situation like this. It was a blow.”

“I do not say it is serious we lost two times, but of course we have to make sure that it will not happen again, otherwise it will be difficult, because the next game is already an away game again, and then a tough home game.”