Information Nigeriahttp://www.informationnigeria.org
Information Nigeria is Nigeria's No.1 Information Portal.
Social media users have been making a fuss out of a seemingly innocent photo of the former First Lady, Patience Jonathan staring at the controversial lawmaker, Senator Dino Melaye as he greeted former President Olusegun Obasanjo. 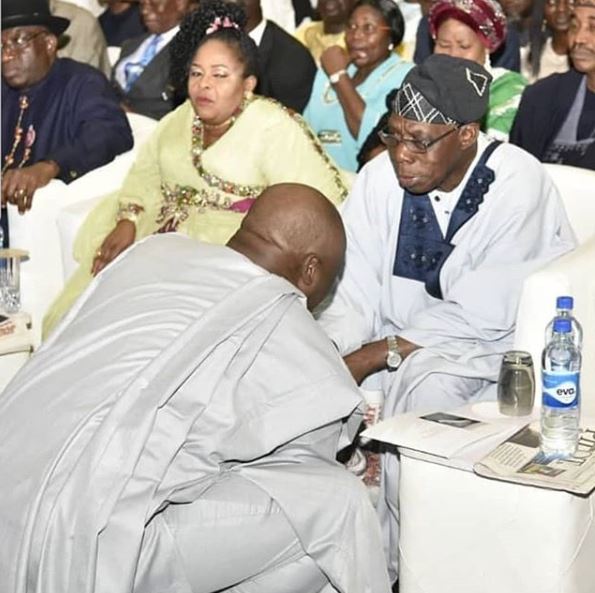 The funny picture in question

Lawmaker representing the Kogi West senatorial district, Dino Melaye was one of the dignitaries that attended the book launch of former President Goodluck Ebele Jonathan.

He hurriedly rushed to bow before Chief Obasanjo at the event as the latter sat beside Patience Jonathan and her husband, Goodluck Jonathan.

Mama Peace as Patience Jonathan is fondly called was seen on camera staring at Dino Melaye in a weird way which many have tagged to be mean.

The feeling of Mama Peace still remains very subjective and social media users have been making jokes out of it.

It would be recalled that Dino Melaye criss-crossed the two major political parties in Nigeria, Peoples Democratic Party and the ruling All Progressives Congress between the year 2014 and 2018 during which he campaigned rigorously against Dr. Jonathan.