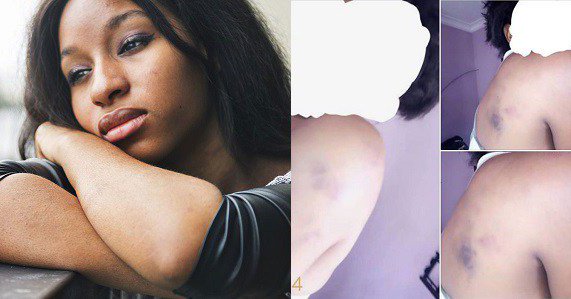 A woman has been left in a dilemma after being a victim of domestic violence and also accused by her husband of having an extra-marital affair.

It was gathered that the man who had been monitoring his wife’s phone to know those who call her, was angry after calling one of the numbers from her phone in the midnight and heard a male voice.

According to Emeka Ugwuonye, the husband after hearing the male voice, beat his wife and cut her hair with a scissors despite pleas from the woman that the said man is just a friend and nothing more.

The husband allegedly dragged the wife to the man’s hotel by 1 a.m and purportedly forced the friend to take her as he accused both of them of dating.

Read the full story below as shared by Emeka Ugwuonye.

A man found that his wife from his second marriage (after divorcing the first wife) made a phone call to a number he was not familiar with. So, he was monitoring his wife’s phone to know whether she was calling men or whether men were calling her. So, there was no trust in the marriage.

The man found a number he was not familiar with. He called that number and a man answered. It was midnight when he called. The other man dropped the phone after hearing it was a male voice. The husband got very upset with his wife because he called a number on her phone and the person dropped the phone. He began to beat his wife. He tool scissors and cut her hair. The woman tried to explain that it was an old friend that called him. He still beat her up. Then her into the car and took her to the hotel where the wife told him the man was staying.

He took her to that hotel by 1am. He insisted the wife must call the man down. The man came down to the reception and tried to explain that he had nothing to do with the woman, that her number was given to him by someone and he called her in the day and in the conversation the had over the phone, he mentioned to her that he was from out of town and was staying at that hotel. The husband refused to back down. He insisted that the other man must take his wife that night. He left his wife and that hotel and drove off. The woman had to borrow a cloth from the receptionist of the hotel and took a keke home.