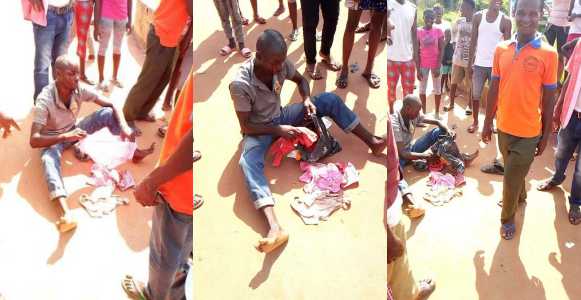 A yet to be identified young man was caught stealing female underwear’s and other clothing items in Imo state.

It was gathered that the man came all the way from another community, Obowo to Umuokoro Umuihi village in Ihitte/Uboma Local Government Area of Imo State to steal the undies before he was caught red handed.

He was later handed to the vigilante members in the community after he couldn’t explain what he does or will do with the stolen items.