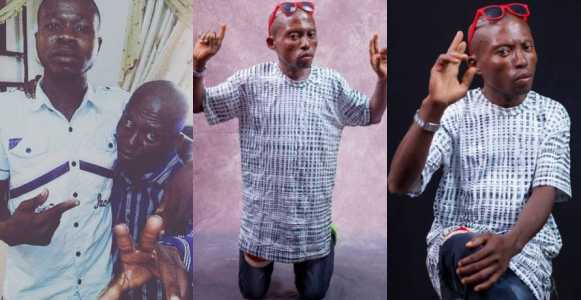 A man who went viral after he was filmed attempting to spell “Buhari” in a viral video has been located and cleaned up by well-meaning Nigerians.

Dede Nne, who has now been given the name “Mr Spell”, lives in Umuahia and is popular for misspelling words with so much confidence.

A lot of Nigerians found humour is his attempts at spelling simple words, but some pointed out that he might be in need of psychological help.

Recent photos of him shared online show he’s getting support from people. He was taken shopping for a change of wardrobe and now looks presentable.