Man sentenced to death by hanging in Plateau 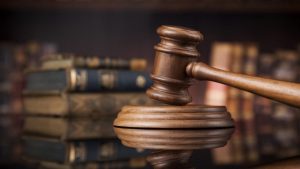 A man identified as ‘Godwin Banchir’, has been sentenced to death by hanging for torturing his 65-year-old mother to death. He was sentenced in a Plateau high sitting in Jos by Justice Daniel Longji. According to Banchir, he cut his mother with an axe when she refused to greet him after returning from the farm. He said his mother infuriated him so many times by constantly quarreling with him.

“I had been having misunderstandings with my mother. Each time I returned from the farm, she would not cook for me on time and she always quarreled with me whenever I wanted to bathe with the water she fetched from the stream. I got angry when she did not respond to my greetings, so I picked up the handle of an axe and hit her around her ribs. She fell down and stated shouting, which attracted out neighbors, who came to beat me up and later took me to the police station”

Meanwhile, the News Agency of Nigeria (NAN) quoted the judge while he was pronouncing the judgement, “Going by the findings of this court, you, Godwin Banchir, mercilessly took the life of your mother, Mrs Saratu Banchir, in cold blood. This sentence is mandatory, as the law states that any person convicted of murder shall be punished with death by hanging. The sentence of this court upon you is that you, Godwin Banchir, will be hanged until you are dead. May God have mercy on your soul”