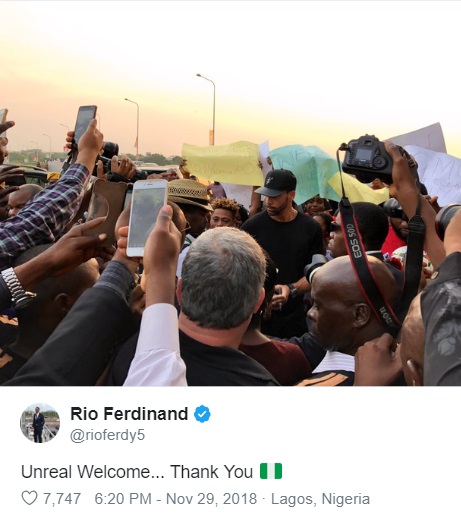 Retired England international footballer, Rio Ferdinand has arrived in Lagos for a series of events organised by Guinness, as he touched down at the Murtala Muhammed Airport in Ikeja in Lagos, and got a rousing welcome from football fans. 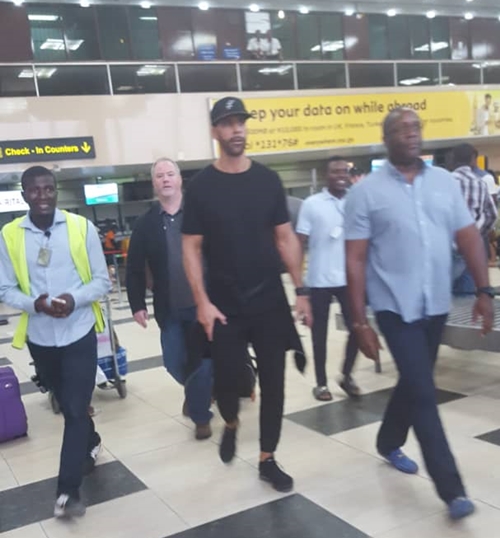 The 40-year-old and the ex-Red devils center-back is no stranger to Nigeria, as in 2008 he met the traditional ruler of Lagos, King Rilwan Akiolu, during a visit and was bestowed with the title of “Chief Fiwagboye”.

During the ceremony at his palace in Lagos, King Akiolu told the former England defender that Fiwagboye literally means “character maketh wealth.”

“To be honest, I was a little embarrassed to be named a Chief, I’m not sure I’m worthy but it is something to be proud of really,” Ferdinand said at the time. 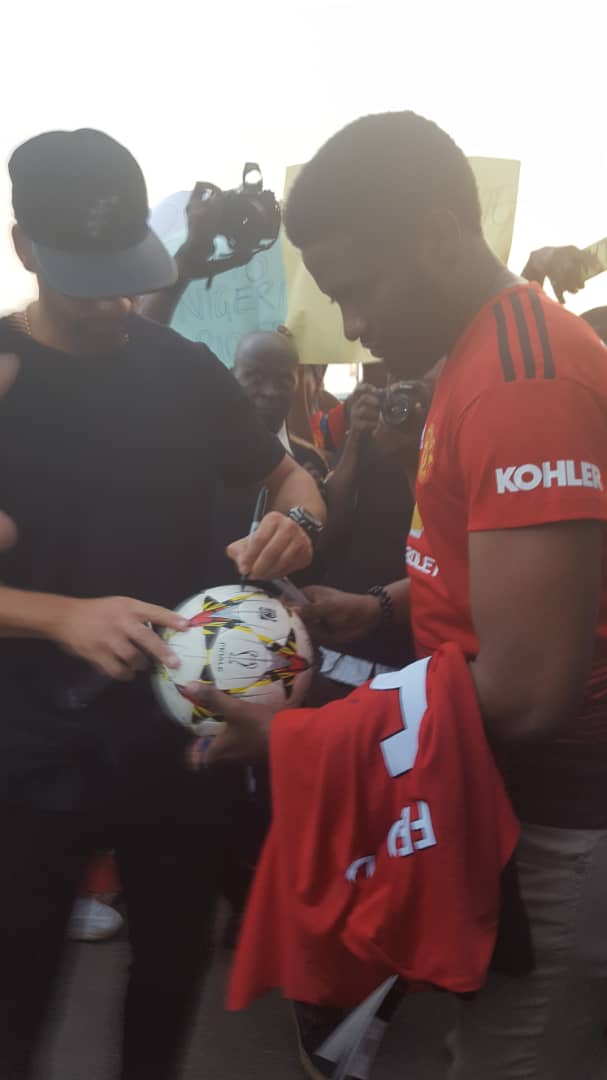 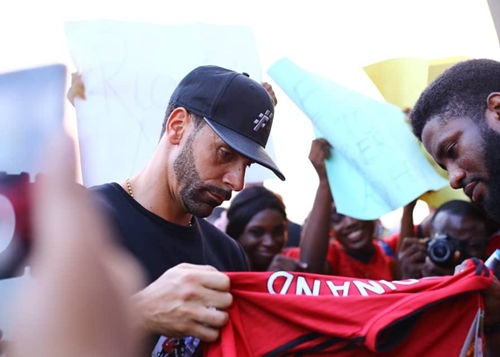 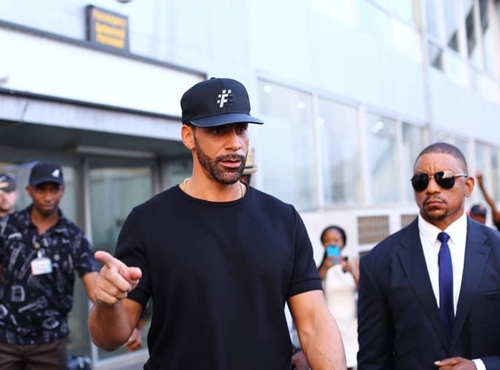 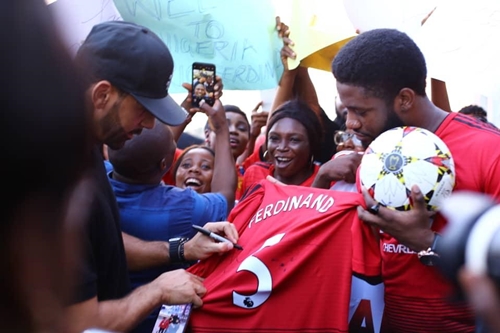