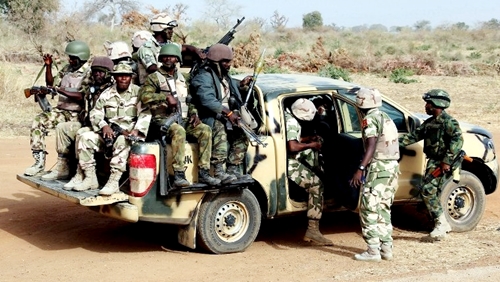 News details obtained by PREMIUM TIMES have revealed that at least 113 soldiers were killed in the pre-dusk attack on 157 Task Force Battalion in Borno State on November 18.

The newspaper also confirmed based on the accounts of top military officers that 153 soldiers are still missing in action as of November 24, nearly a week after the attack.

Those killed included the commander of the battalion, a lieutenant colonel.

It has now been learnt that the second-in-command to the commander, the intelligence officer of the battalion and two other officers were amongst those killed by Boko Haram in the attack, which occurred at about 6:00 p.m. last Sunday.

On November 22, a soldier who escaped the attack and witnessed how his colleagues were killed by insurgents disclosed that 70 bodies had been confirmed.

Some media reports, including one by London-based newswire, Reuters, cited sources as giving up to 100 soldiers killed by the insurgents in the attacks.

But PREMIUM TIMES has now learnt from top officers that the casualty had risen significantly to 118 soldiers, comprising 113 soldiers and five officers.

Sources also confirmed 153 soldiers are still missing in action, and wounded troops have been evacuated to Maiduguri, the Borno State capital, for treatment.

President Muhammadu Buhari has reportedly summoned service chiefs over the attack. He also dispatched Nigeria’s defence minister Mansur Dan Ali to Chad Republic, a neighbouring country on whose borders the Boko Haram seemed to have waxed stronger in recent month.