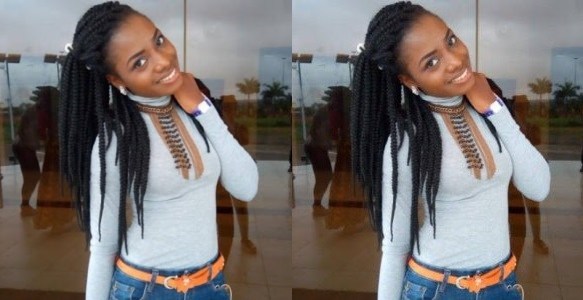 A Delta State University female student, Elozino Ogege, who was declared missing about a week ago, has been reportedly found dead with her tongue and breasts severed from her body.

The remains of Elozino who is a student of the Department of Mass Communication, was found at about 2am on Monday by residents along Ekrejeta road in Abraka Community, Ethiope-East Local Government Area of Delta State.

Students in the community said Elozino may have been killed by suspected ritualists who pride themselves as “Yahoo Boys”.

The Delta State Acting Police Public Relations Officer, DSP Andrew Aniamaka, confirming the incident said, “The family of the girl is going through excruciating pain. They have not been informed.”

The Delta State Chairman of the Committee for the Defence of Human Rights, CDHR, Comrade Prince Kehinde-Taiga in a chat with journalists, said the CDHR would champion calls for the redeployment of the Commissioner of Police, CP Muhammad Mustafa from the State if he fails to bring the perpetrators of the dastardly act to justice.

Taiga said the rate of ritual killings, murder, kidnappings, armed robbery, rape and other social vices had increased under the watch of the CP.

Taiga who condemned the killing of the girl insisted that, “The perpetrators must be brought to book without any form of compromise. The CP must wake up from his slumber because justice must be served.”