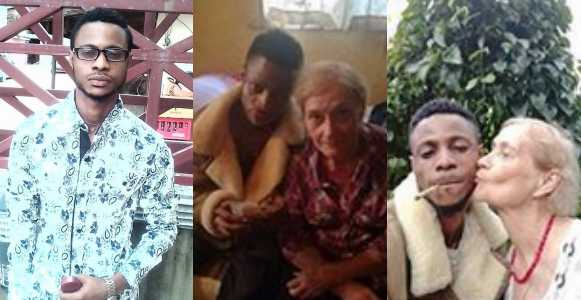 A Nigerian boy identified Stevin Babyking has taken to social media to slam those who is against his affair with a 85-yr-old white lady.

According to the young man, he doesn’t listen to what people say about him because it is a mere noise and distraction.

Some say he is the black sheep of the family, some say he is bad, some say he is a failure, f**k your condemnations. You don’t pay me, You’re free to criticize, if na you holy pass. She love me and want me for who I am, even chilling with me in my jungle.

Never listen to what people say about you, it’s a mere noise and distraction, focus and make the best out of bad situations. Hustlers don’t give up, let those allergic to success keep talking and you keep making it, If you think it is easy, stop talking and try it. I AM DON- SOFT-TOUCH