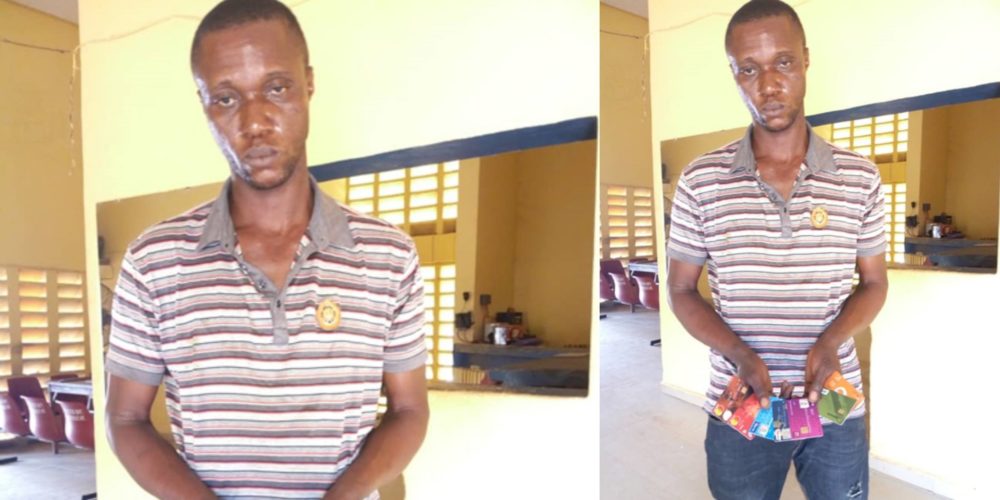 The state command’s police public relations officer, SP Haruna Mohammed said Okafor was arrested in Nnewi at an Access Bank branch by men of the force while on patrol. 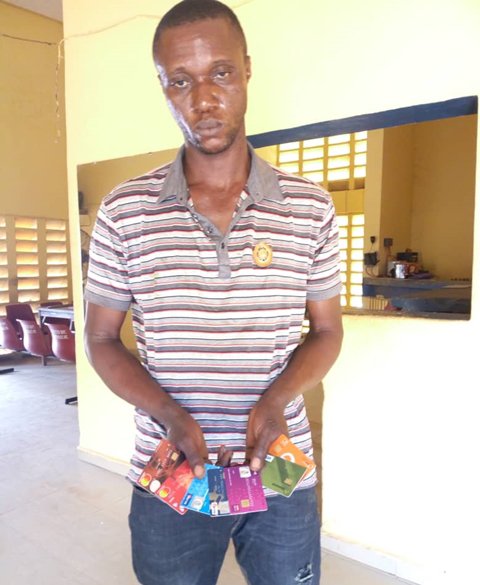 He said the suspect specializes in duping unsuspecting victims around automated teller machine centres by swapping their ATM cards with another stolen ATM in his possession.

He said, “On the 20/11/2018, operatives attached to Nnewi Area Command while on surveillance patrol around Access Bank Nnewi arrested one Obinna Okafor ‘m’ aged 30 years of Enugu-Ezike in Enugu State.

“He was arrested while withdrawing money using ATM Card stolen from a medical student in Nnewi.”

Meanwhile, exhibits found in his possession include: eight different ATM cards reasonably suspected to have been stolen from his victims and sum of one hundred and twenty thousand naira (#120,000) already withdrawn from his victim’s account at the point of his arrest.

The case is said to be under investigation after which the suspect would be charged to court for prosecution.

The command assured the public of its commitments towards ensuring safety and security in the state.