Home News Feed “Not every woman is supposed to have kids or be married” –...
Facebook
Twitter
WhatsApp 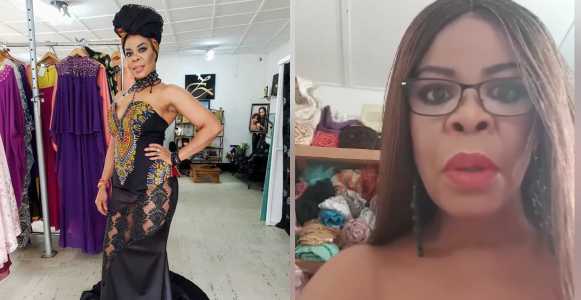 Nigerian designer, Zizi Cardow, is apparently tired of reading stories about women being in abusive marriages all because they want to stay married due to societal pressure.

In a video she shared on Facebook, Zizi reacted to the story of a married Nigerian woman whose husband told her to send her teenage daughter from a past relationship away from his house simply because he is attracted to the daughter.

According to Zizi, the woman came on Facebook to ask her followers what she should do, whether to stay in her marriage and send her daughter away or move out of the home.

Apparently angered by the story, Zizi in her video, scolded women for staying put in marriages that are very unhealthy for them.

The mum of one who is married to a White man, said:

”When it comes to marriages and what a man or woman do, I don’t really bother because it is their decision and they are adults and you must take the consequences that come out of it but when you involve your kids in it is where it gets me because these kids did not ask to be born neither did they ask for you to make some stupid decisions in your life.

I am sick and tired of all these post people put up of somebody gets beaten up, gets stabbed. You get beaten up, you get killed because you want to. Don’t involve your kids in it. When you make stupid decisions that you want to get married because the whole nation is crazy about getting married, don’t get your kids involved in it.

Please my sisters, if you want to get married, think about it thoroughly. Don’t think about just the wedding itself. It’s a marriage, a life time decision. It is not just about Asoebi, caterers, slaying or having the best wedding.

Zizi went on to say that the society keeps saying men are scarce but that the truth is that there are men in the society but the quality of men women desire is what is lacking.

Watch her video below;