Chidinma, who emerged from the South East Zone  beat 17 other girls to emerge the new queen at the Eko Convention Centre of Eko Hotels and Suites, Victoria Island, Lagos.

Eighteen contestants made it to the grand finale before the selection of the final 12. 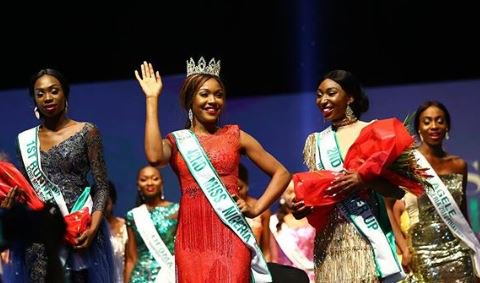 They were made up of Ntan Nton, Egede Lagele, Thomas Mseve, Ameh Munirah, Otunba Ifunaya, and Shitta Remilekun.

The contestants were later reduced to five from where Aaron emerged. 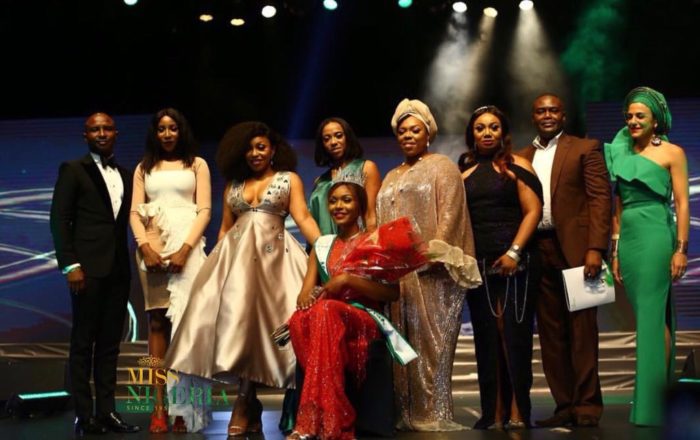 The new Miss Nigeria, Chidinma Leilani Aaron with celebrities after she emerged the new Queen

Dunu, from the south east zone like Chidinma,  picked the prize for the first runner-up, while Ameh, from the South South was named the second runner-up.

Aaron, winner of the pageant, took home N3 million, a luxury apartment and an automobile. 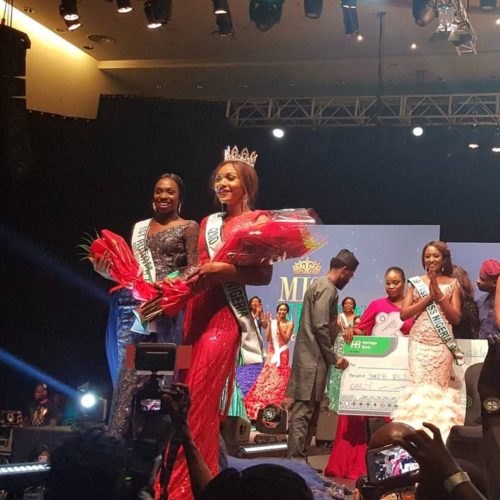 The moment that Chdinma Aaron became the Queen.

She succeeded Mildred Ehiguese who won the 2017 edition.

There was no registration fee for the 2018 edition of the pageant in a bid to be all-inclusive and “to prevent financial restraints on the part of young ladies who are truly deserving of the ultimate title”.