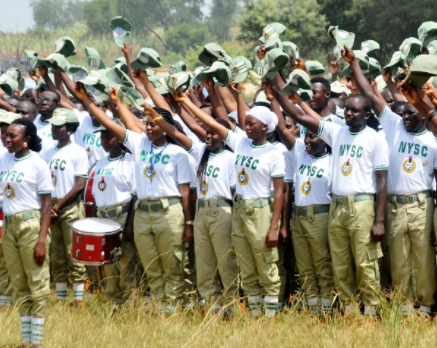 Prospective corps members who were supposed to do their national service in Anambra have been moved to Ebonyi and Imo states due to lack of adequate camping facilities.

Mr Kehinde Aremu, Coordinator of the National Youths Service Corps (NYSC) in Anambra, made the disclosure during the closing of camp for 2018 Batch C orientation exercise in Umunya Temporary Orientation Camp on Monday.

Aremu said Anambra was the only state in the South-East geopolitical zone that did not have permanent orientation site.

He said the present site which was owned y the Anglican Church had become grossly inadequate considering the number of prospective corps members posted to the state.

“Sadly, corps members deployed to Anambra will be holding their orientation course in Imo, earlier this year, Anambra corps members were dislodged to Ebonyi and Imo states.

“This is because Anambra is the only state in South-East of Nigeria without a permanent orientation camp.

“I wish to seize this opportunity to appeal to the vibrant private sector in Anambra to complement the efforts of the state government towards delivering the orientation camp in Umuawulu/Mbaukwu for 2019 Batch A,’’ he said.

Aremu added that the posting of the corps members was guided by the scheme’s policy and requests from deserving employers which fitted into the human capital development strategy of the state government.

He disclosed the corps members had been trained with fitness drill and entrepreneurial skills as well as the ways and culture of the people to enable them to contribute maximally to the communities they were posted for primary assignment.