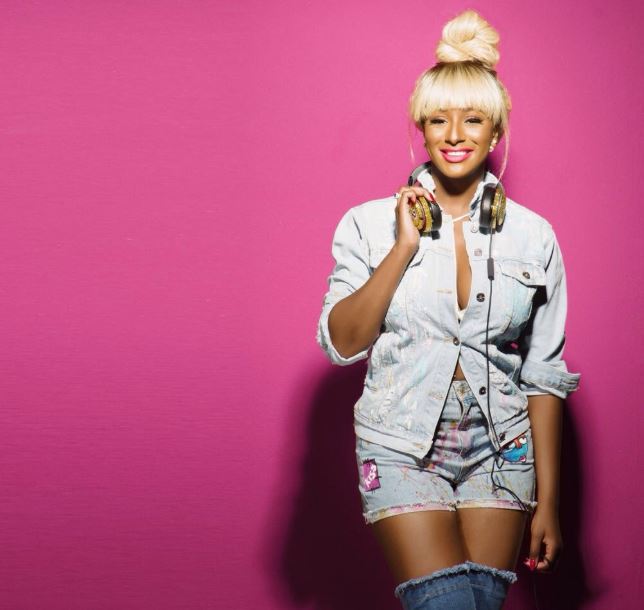 Some few years back, Dj cuppy surfaced in the Nigerian entertainment scene. It wasn’t long before she caught our attention. I mean…… A female dj who is also the daughter of the owner of forte oil, one of the wealthiest businessman in the country

!!. It was definitely going to create a buzz.

While Cuppy wasn’t the first omo baba olowo to enter the industry ( the likes of naeto c , davido, pre etc ) , Cuppy choose a niche which was quite unexplored as at the time especially considering her gender. A lot of Nigerians doubted her talent as a DJ but she kept pushing and started getting major shows and gigs in the country .

Florence Ifeoluwa Otedola also managed to stay aloof with various publicity stunts and controversies which includes an alleged relationship with the sho le crooner, seantizzle, her widely publicised relationship with victor anichebe, dozens of pictures of her in the market either climbing bikes or drying red tomatoes and also a documentary about her life airing on top stations in the country.

To the main reason for this umberostrogent letter, Our dj kupe abi coffee finally after some years as a professional and top notch female Nigerian DJ decides to delve into the music industry fully. Before then, she had cameoed on songs like fight off mr eazi’s Accra to lagos project. She released her first official single in her capacity as a DJ with tekno entitled Greenlight in 2017. Very good. Very nice song (Thank you tekno). She followed up with vibe featuring Sarkodie and currency featuring lax which were also quite commendable efforts.

Not until the recent efforts with Skuki titled Werk where she decided to take a full verse resulting in an highly forgettable rendition and generally unfavourable reviews. She finally did more harm than good with the release of her new single, Charged up featuring masterkraft where she put up a very forgettable performance and reminded one of the early days of tonto dikeh ‘s career as a musician. Infact, cuppy ‘s new song resulted in many Nigerians tagging her the female speed Darlington and that is not a very good appellation for a serious-minded musician which I guess cuppy aspires to become very soon.

While I admonish Cuppy’s resilience and hardwork, I would advise that certain steps should be considered and employed by her and her team so as to further push her craft and for money being spent on her music career to yield meaningful returns.

1) Features – Cuppy should endeavour to return to her dj role in any new single she intends on releasing. This idea worked for greenlight featuring tekno and vybe featuring sarkodie. It would be odd to see DJ spinall, DJ Neptune, DJ consequence or DJ Neptune take a full verse on their own songs which is the major reason why they feature the real recording artistes on the song. Even if their voice must be heard, a short intro or outro, bridge or hook would just be enough, I would advise that cuppy sticks to featuring good artistes for her next three singles especially good upcoming artistes we have around and abstain from ‘unnecessary’ vocal contribution.

2) Craft – Everyone can learn and improve once there is passion and consistency. In this case study, there is even financial strength. Cuppy can take vocal lessons, interact well with renowned top female musicians (including her own sister who also sings), hire a songwriter etc all in a bid to improve her craft. While releasing her features, she can take her time to develop her song writing skills and polish her singing skills and we might just be ready for the next top female African music superstar.

3) Pr stunts – Bad or good publicity, none is useless. Cuppy has been performing excellently well with her various pr stunts. From claiming to have dated men from every race, to her opinions on feminism, her foundation and philanthropy, her activities on her social media handles and relationship with asa asika, cuppy has shown she indeed knows what she wants and understands how publicity works. However, she should also endeavour to get a good, professional and experienced manager plus pr team to better handle her contents and ensure she remains in the news. For example, she can even pick up a beef with princess vitarah.

4) Investment- I feel cuppy can also pick up a female upcoming artiste ( or male ) and add the individual/individuals to her established label, Red velvet music group. Though this is a two way thing as it can either be a bad move for a rising female artist who is trying to penetrate the market and leave everlasting memories on the heart of Nigerian music lovers, it can however also be a good move if the signed artiste or affiliate is very good and talented, more money,more recognition to cuppy and her brand and most importantly, we rise by lifting others. I would advise Cuppy to also diversify if possible. Get a good video director the label, official producer , official photographer etc. She should not also abandon her Dj gigs which was what she was known for in the first instance.

5) Hardwork – Even though there are more talented female artistes in Nigeria out there, cuppy is definitely in the top five most talked about Nigerian female artists in 2018. Ife has dropped over five major singles this year, always active promoting her brand on all social media platforms, creating rib cracking live band performances while working on other singles in the studio. Hardwork and improvement on her craft is the way to go. She should not allow negative criticisms which are not constructive hinder her from pursuing her passion.

Be it as it may, I am actually a big fan of Dj cuppy especially her resilience, hardwork and refusal to stay under the shadow of her father’s wealth by making efforts to make a name for herself. I can see she is CHARGED UP and she has the CURRENCY , I see her Career already has the GREEN LIGHT and with the right decisions , steps and proper VYBE, I must say it will WERK. I wish her the very best.